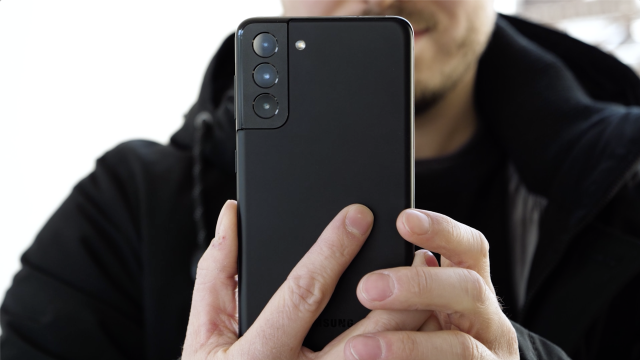 Qualcomm recently introduced the new Snapdragon 8 Gen 1 processor. Next year the first Android smartphones will be equipped with it, which is likely to be a major annoyance for privacy-conscious users.

As Qualcomm Product Manager Judd Heap confirmed during a tech summit, the new smartphone’s front camera will “always seek out the user’s face,” even if the phone is not picked up, touched or otherwise activated (via: ledge) This of course also means that the camera will never turn off and it will constantly probe its surroundings. On the processor’s chip, the data then enters the so-called sensing hub, where they are processed.

In the future, users will likely be filmed not only from their own smartphones, but also from other people’s devices, for example when they are shopping or eating.

This approach should already be familiar to users of voice assistants. These always sense the ambient sounds so that any voice command can be invoked directly.

While many users are likely to view the innovation with the Qualcomm Snapdragon 8 Gen 1 as a serious breach in privacy, the manufacturer expects it to have some functional benefits. In the future, the smartphone should not only recognize its user when it starts face recognition. The cell phone can be activated when the owner is only in the camera’s field of view.

Qualcomm also advertises that with a perceived benefit to security and privacy for the user: for example, it should be recognized directly when someone is looking over the shoulder while using a smartphone. The manufacturer states that the device screen is automatically deactivated in such cases.

However, for this kind of intrusion into user privacy through permanent filming, the advantages mentioned seem extremely slim. The future will show to what extent smartphone makers will actually implement innovation in their devices and whether users will have the option to disable them.