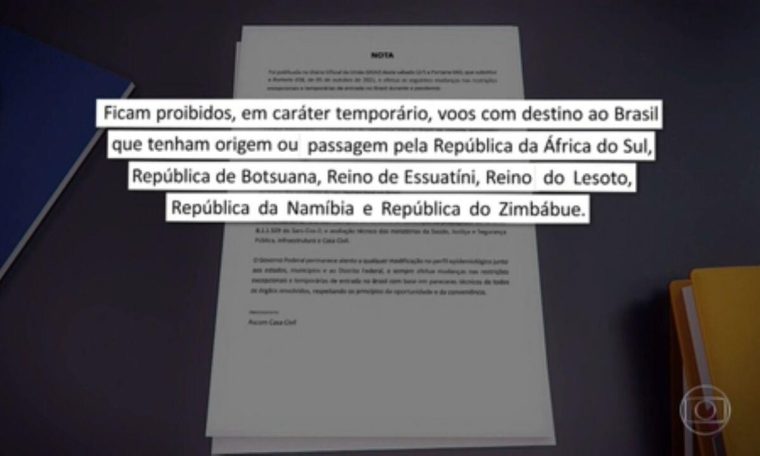 In response to another recommendation of Anvisa published on Friday (26), The federal government published an ordinance Which temporarily banned flights to or from six other African countries in the past 14 days: South Africa – where the first variant was identified – Botswana, Swatini, Lesotho, Namibia and Zimbabwe.

Ciro Nogueira had already announced on his social network that the government would follow Anvisa’s first recommendation. “Brazil will close the air borders of six countries in Africa due to the new version of the coronavirus. We will protect Brazilians in this new phase of the pandemic in that country. The ordinance will be published tomorrow (Saturday) and should take effect from Monday .”, wrote in his official Twitter account.

At least nine countries have already detected cases of Omicron, which is considered a type of concern. World Health Organization (WHO), Scientists are still uncertain about the effectiveness of existing COVID-19 vaccines against the new variant.