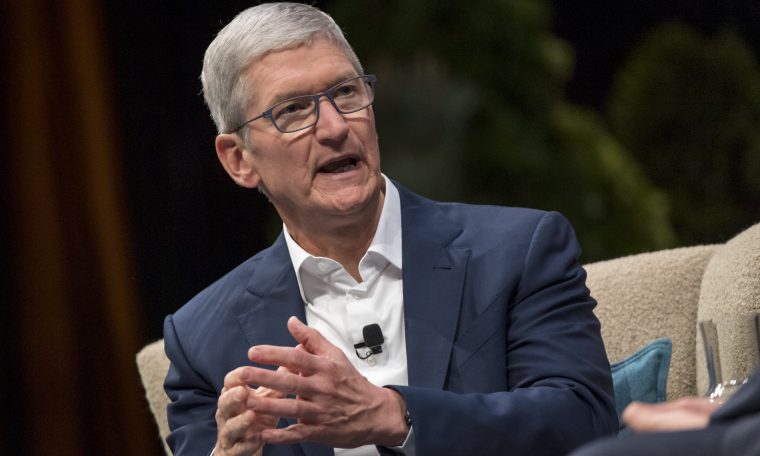 CEOs from four tech giants — Amazon, Apple, Facebook and Google — have all agreed to testify before the House Judiciary Committee, a spokesperson confirmed to CNBC on Wednesday.

Apple CEO Tim Cook had appeared to be the last to confirm his attendance at the hearing, according to a recent report from Politico. According to the report, Facebook and Google both agreed to make their top executives available if the other companies did the same. Amazon said in a letter to the House Judiciary Committee that CEO Jeff Bezos would be willing to testify, according to a copy obtained by CNBC last month.

The hearing would mark the first time all four executives testified together in front of Congress, though it’s not yet clear if the event would take place in person or virtually given the ongoing Covid-19 pandemic. Swisher reported the hearing would occur in late July, though the Judiciary spokesperson could not yet share details on the date and format of the testimony. Though Facebook’s Mark Zuckerberg, Google’s Sundar Pichai and Apple’s Tim Cook are all veterans of congressional testimony, Amazon’s Jeff Bezos has never before appeared before Congress.

The House Judiciary Committee announced its antitrust investigation into the four tech companies in June 2019. Testimony from the CEOs would mark one of the final steps before completing the probe, which is expected to produce new legislative proposals to reform and regulate the digital market. In a January interview, Cicilline told CNBC it’s “clear” to him that the digital marketplace is “not functioning properly, that there’s not robust competition there.” He said effective legislation would need to reinvigorate competition and enable a new class of start-ups to grow.

While the House probe will not result in enforcement actions against the company, investigations by federal and state regulators could. The Justice Department is reportedly nearing a potential lawsuit against Google over alleged anticompetitive practices while the Federal Trade Commission has been investigating Facebook. Apple and Amazon have also attracted antitrust scrutiny from enforcers both in the U.S. and abroad.

The House antitrust probe has represented a rare bipartisan effort in the Judiciary Committee. But as the panel nears the legislative phase, some Republican members have threatened to fracture that united front. Several members wrote to Judiciary Chairman Jerrold Nadler, D-N.Y. in February that they “will not participate in an investigation with pre-conceived conclusions that America’s large tech companies are inherently bad, cannot be allowed to exist in society, and must be broken up.”

The charge came after a video of Nadler at a fundraising event surfaced online where he could be heard talking about “changing the distribution of power” and “breaking up all the large companies.” Politico reported that Nadler did not call specifically to break up the tech companies, and was speaking generally about changes needed to tackle the issue of concentrated market power.

Though their incentives may differ, there still appears to be an appetite from both sides of Congress to tamp down tech’s wide-reaching power. Republican complaints of tech platforms alleged bias against conservatives have been emboldened by President Donald Trump’s recent executive order seeking to strip tech companies of liability protection for their moderation protocols. And Democrats have called on the companies to more strictly enforce hate speech violations in light of recent protests for racial justice.

But the question remains of how to regulate the industry and whether antitrust is the appropriate tool to do so. Members of Congress have introduced bills aiming to restrict tech’s powers in other ways, by limiting the amount of data they’re able to collect and store and limiting their ability to target potential voters with ads.

-CNBC’s Annie Palmer and Salvador Rodriguez contributed to this report.

—Correction: This article has been updated to indicate that the CEOs will testify before the House Judiciary Committee. An earlier version of this story misstated which committee would receive the testimony.

WATCH: How US antitrust law works, and what it means for Big Tech