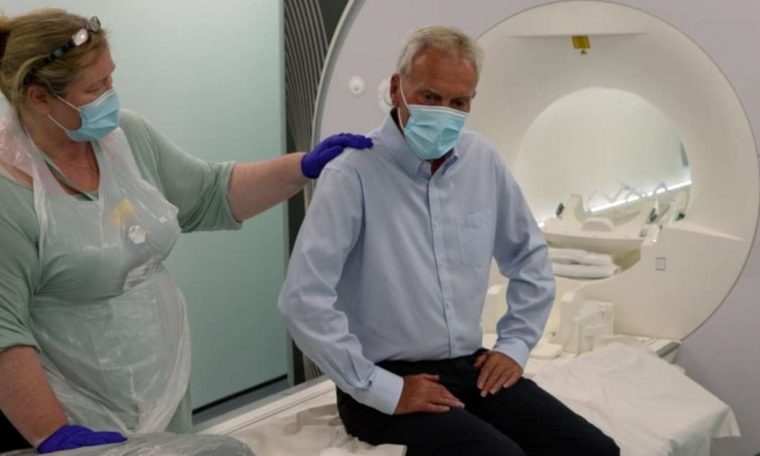 Scientists are testing an artificial intelligence system they believe could lead to a diagnosis of dementia following a brain scan.

It can also predict whether the condition will remain stable for many years, worsen gradually, or whether the patient will require immediate treatment.

Currently, a number of tests and CT scans are needed to diagnose dementia.

Researchers involved in the study say that early diagnosis with the system they have developed can significantly improve patients’ prognosis.

“And the symptoms are likely to occur much later in life or never,” he says.

Professor Kortzig’s method compares brain scans of people with dementia to thousands of patients with the condition and their relevant medical records.

In this sense, the algorithm can identify patterns in these examinations that may go unnoticed by neurologists and match them with results from patients in their database.

In preclinical trials, he was able to diagnose dementia years before symptoms developed, even when there were no obvious signs of brain damage on CT.

The experiments, conducted at Addenbrook Hospital and other memory clinics across the UK, will test whether the system works in a clinical setting alongside traditional methods of diagnosing dementia.

In the first year, around 500 patients are expected to participate.

The results will be sent to their doctors, who can advise them on the course of treatment, if necessary.

Neurologist Tim Reitman, who is leading the study, called the artificial intelligence system a “great achievement.” This is in collaboration with neuroscientists from the University of Cambridge.

“This group of diseases is really devastating to people. So when I have to give this information to a patient, I’ll do anything I can to be more confident about the diagnosis, so that they can be aware of the potential progression of the disease.” I can be given more information and thus help. To make them plan their life better… is something that I find very helpful.”

One of the volunteers is Dennis Clark, a 75-year-old Briton. The former executive of a meat company retired five years ago.

And now the couple are worried they may be getting dementia.

Denise tries to describe her symptoms, but Penelope intervenes to say that she finds it difficult to explain what’s going on.

Another worry that plagues the couple is that they have to sell their house to pay for Denise’s medical care.

So Penelope says she’s relieved she won’t have to wait long for a diagnosis and an indication of how dementia can progress.

“We could plan financially then,” she says. “We want to know if, as a couple, we can take a break before things get so bad that we can’t travel anymore because of Denise’s health.”

Another Reitman patient, 57-year-old Mark Thompson, says an early diagnosis system would have made a “big difference” in his life if it had been available when he began experiencing memory lapses ten months earlier.

“The medical team was amazing and went out of their way to find out what was wrong with me.”

“But the uncertainty was causing me more mental problems than anything else was causing the situation.”

“Was it a tumor? Would I have surgery to remove it? I was so stressed out I didn’t know what was wrong with me.”