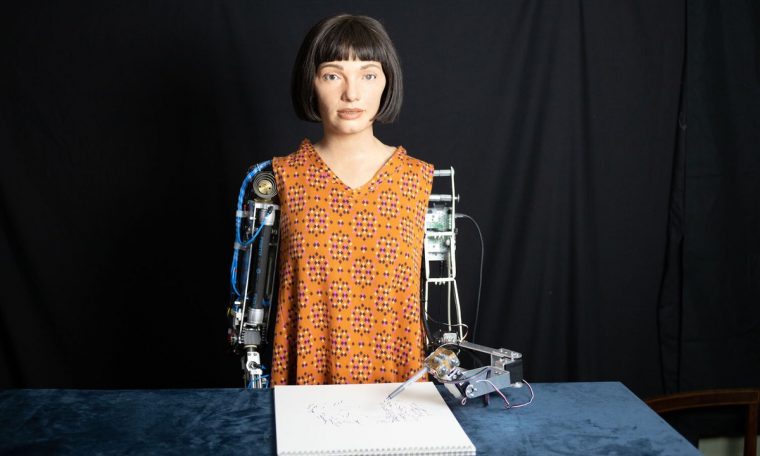 Suspicions that an “artist” robot might be used for espionage led to him being banned in Egyptian customs for 10 days. Known as Ai-DaThe machine uses cameras, a robotic arm and artificial intelligence to create abstract images.

Ai-Da was created in England in 2019 by British Aidan Mailer, owner of the Barn Gallery. He told “The Guardian” that the release was delayed because agents at the border suspected cameras and a modem on the robot.

Mailer said he offered to remove the modem, but that he would need to keep the cameras, which were used to allow Ai-da’s pictures.

“He’s a robot artist, let’s be clear about that. He’s not a spy,” Mailer told the Guardian.

The robot was taken to Egypt to be one of the highlights of the contemporary art exhibition presented by the consultancy Art d’Egypte and the Egyptian Ministries of Tourism and Foreign Affairs.

Ai-Da’s producer stated that the release came after the cooperation of the consultancy and the United Kingdom embassy in the Egyptian capital, Cairo. The embassy told the BBC it was “delighted to see that robot artist Ai-Da has been cleared through customs”.