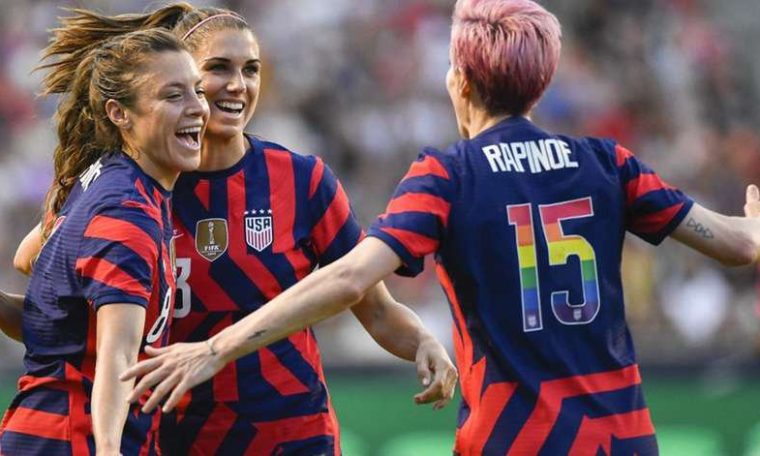 Gymnast Simone Biles and soccer player Megan Rapinoe will receive the Presidential Medal of Freedom, the highest civilian honor in the United States. The White House released this information on Friday.

Both athletes are among 17 Americans honored by President Joe Biden for “outstanding contributions” to American prosperity and values, world peace or other important projects, according to a statement. Actor Denzel Washington, Apple producer Steve Jobs and late Congressman John McCain will also receive the honours.

Biles, the most decorated American gymnast in history, has been chosen by the US government as a “great advocate” for the mental health of athletes and victims of sexual assault, the White House said. She is one of the victims of Larry Nassar, a former US women’s gymnastics team doctor who has been convicted of sexually assaulting more than 250 gymnasts, most of whom are minors.

For her part, women’s soccer team star Megan Rapinoe was cited for her commitment to “gender pay equality, racial justice and LGBT+ rights,” the note said. For the United States, the 36-year-old has won the World Championships twice, in 2015 and 2019, and won a gold medal at the London Olympics, 2012.