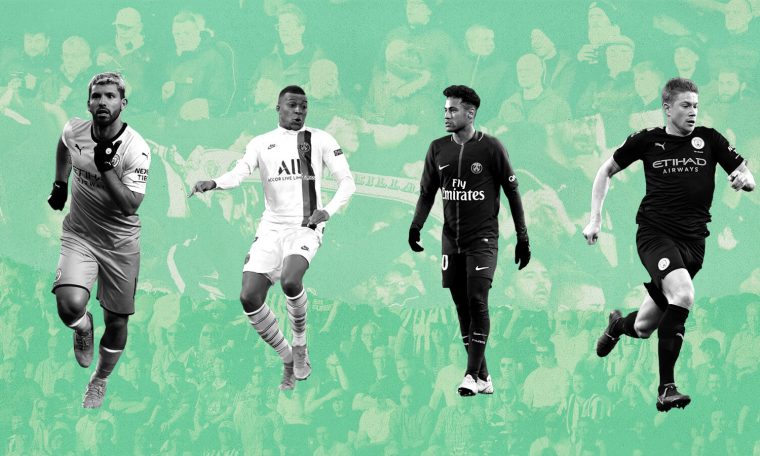 (CNN) — European football is no stranger to billionaire owners, and the latest deep-pocketed investor to show interest in acquiring a team stirred the English Premier League as it lay dormant during the coronavirus lockdown.

After 13 years under the ownership of Mike Ashley, the British businessman who runs retail brand Sports Direct, the feeling is that the club has been starved of investment for too long.

Newcastle, a powerful force in English football during the 1990s, suffered two relegations under Ashley’s tenure. The decision to temporarily rename the club stadium to The Sports Direct Arena in 2011 was also met with fan resentment.

Hostility to the Ashley regime probably explains why a survey by the Newcastle United Supporters Trust in April found that 96.7% of the more than 3,397 fans questioned were in favor of the new ownership group, which is being fronted by PCP.

The hope is that the new owners can inject more money into the club and propel Newcastle back to the top of English football.

The takeover has been rumbling on for months with other investors reportedly interested in buying the club. Before a takeover goes through, any successful bid must pass English football’s Owners’ and Directors’ test.

“If the fans have faith in the owners then that builds trust and trust builds time,” Kieran Maguire, a university lecturer on football finance and author of The Price of Football, tells CNN Sport.

“If it was me [as a new owner], the focus would be to have a strategy, have a director of football who can therefore say, ‘This is the way that Newcastle United is going to go forwards, this is going to be our style of play in conjunction with the manager.’

“It’s the dull stuff, it’s the back office, the business operations that I would address first. Fans are looking for a marquee signing [but] I would say that just signing for the sake of signing is a way to waste money.”

The Abu Dhabi United Group (ADUG), in particular, was quick to throw money at City. Maguire says the club spent £62 million ($77 million) on transfers in 2008, the summer after Sheikh Mansour took charge, which included breaking the British transfer record in the purchase of Brazilian forward Robinho.

That was about 12 times what the club had spent the previous year, and City’s outgoings on players only grew in the years that followed.

Two seasons later, the likes of David Silva, Yaya Touré, Mario Balotelli and Edin Džeko were all brought in as, according to Maguire, £165 million ($204 million) was splashed on transfers in 2011; the season after that came Sergio Aguero, who helped deliver City its first league title for more than 40 years in dramatic fashion.

“It is known that wealthier clubs are more successful over the long term than their rivals with fewer resources,” Simon Gleave, head of sports analysis at data company Gracenote, tells CNN Sport.

“When the current owners took full control in 2008, Manchester City were outside the top 20 richest clubs, and not amongst England’s six wealthiest teams.

“The investment made by the owners made Manchester City competitive in the transfer market with the top English clubs, improving the team to the point that they could regularly challenge for trophies.”

Gleave also notes that City was rated the 68th best team in Europe when ADUG took over according to Gracenote’s Euro Club Index, which ranks all European football clubs based on competition results over a four-year period.

The club has risen up the pecking order under a number of different managers since then, before acquiring the top spot under Pep Guardiola in 2019.

Today, the chances of Newcastle matching the sort of spending that propelled City to success are remote given the restrictions football clubs must adhere to.

The latter’s Financial Fair Play (FFP) regulations won’t immediately apply to Newcastle, but the club will need to be compliant if it wishes to compete in Europe in the near future as UEFA’s checks date back three years.

“If you take a look at both Manchester City and Chelsea when they were acquired by Sheikh Mansour and Abramovich, the initial transfer policy was scattergun and it was very hit and miss,” says Maguire.

“The advantage that both Chelsea and Manchester City had was that both clubs were operating in the pre-Financial Fair Play environment.

“Although I think Newcastle [might] have opportunity to spend more money than they have historically, they can’t just spend £100 million ($124 million) and write it off as easily as Chelsea and Manchester City were able to do back in the pre-Financial Fair Play days.”

Money spent on stadium infrastructure, a club’s academy, its women’s team, or community projects falls outside spending restrictions. City’s Abu Dhabi owners have been able to invest in a state-of-the-art academy stadium and training facilities around the Etihad Stadium.

“Like any new owners coming in, it’ll be important that [Newcastle] have got the right people to give them the right advice to make sure they’re spending their money as cleverly as possible … to maximize every pound that they are going to invest in,” sports lawyer Daniel Geey tells CNN Sport.

“Anyone expecting owners to come in even with very deep pockets and to spend like, for example, Roman Abramovich did, or Sheikh Mansour has done with Manchester City – I think those days are a little bit behind the Premier League.”

“In the case of Newcastle, it wipes its own face. It’s a well-run club financially.”

Newcastle may also benefit from Ashley’s frugal ownership if the new consortium purchases the club.

“If he’d been fairly loose with the cash, it could be that the new owners would inherit a club where they could only go and spend an extra £20 million ($24.5 million) next season because the losses from the last couple of years were so high,” explains Maguire.

“But in the case of Newcastle, it wipes its own face. It’s a well-run club financially. Which means of that £105 million ($130 million) loss, all of that is practically available to the new owners immediately.”

Overspending does have consequences. City has been banned from the Champions League for the next two seasons for contravening FFP rules, although the club has called the charges “entirely false” and is appealing the decision. The Court of Arbitration for Sport is due to announce its decision on City’s appeal in early July.

Nasser Al-Khelaifi, the president of French side Paris Saint-Germain, which is owned by sovereign wealth fund Qatar Sports Investments (QSI), has also been investigated by UEFA for illegal spending.

PSG has won the Ligue 1 title seven times since QSI took control of the club in 2011.

It smashed the transfer record by signing Neymar Jr. for $263 million from Barcelona in 2017, the same window that Kylian Mbappe also joined from AS Monaco.

An investigation launched in September 2017 to determine whether PSG had contravened FFP regulations was concluded last year when CAS upheld PSG’s appeal against the case.

Notably, for all their domestic success, neither City nor PSG have attained the same heights in Europe.

City lost to English rivals Liverpool and Tottenham in the final eight of the past two seasons, while PSG has fallen in the round of 16 in the past three campaigns, never reaching the semifinals under the Qatari owners.

But there’s little doubt that long term investment in a football club can yield returns, particularly in England’s top-flight league.

City is today part of City Football Group (CFG), a global network of associated clubs which includes teams in the United States, Australia, Japan and Uruguay.

Originally owned solely by ADUG, the China Media Capital consortium bought a 13% stake for $400 million in December 2015, while US private equity giant Silver Lake acquired just over 10% of CFG for $500 million last year.

“The Manchester City model, which is to buy lots of clubs around the world, is proving to be of benefit to them,” says Maguire.

“Very much the case at present is that Manchester City is the mothership and if they identify a good player in Spain or Uruguay or Australia or New York or wherever, that individual could then potentially be acquired by Manchester City at a very reasonable fee at a later point in time.

“It is a good strategy and I think it will reap its rewards in due course.”

Of course, the Abu Dhabi owners are 12 years down the line with City. The Newcastle deal is yet to be processed and has come under intense scrutiny since news of the potential ownership change surfaced.

Human rights group Amnesty argued that Saudi Arabia’s interest in Newcastle serves as “a PR tool to distract from the country’s abysmal human rights record,” while Hatice Cengiz, the fiancée of late journalist Jamal Khashoggi, said the takeover would “stain” the Premier League.

BeIN CEO Yousef Al-Obaidly wrote to the Premier League, alluding to the “direct role” Saudi Arabia has had in the “launch, promotion and operation” of alleged pirate streaming service beoutQ.

Earlier this week, the World Trade Organization ruled that Saudi Arabia had acted unlawfully in relation to beoutQ’s operation, a decision that was welcomed by UEFA.

Under Premier League rules, owners of clubs can be disqualified if they don’t pass the Owners’ and Directors’ test before acquiring a club.

Both Newcastle and the Premier League declined to comment when contacted by CNN in relation to the takeover.

Whether the new consortium will successfully purchase Newcastle hangs in the balance.

If the deal goes through, there will be an expectation the Magpies punch above their mid-table performances of recent seasons. But given the competitive nature of the Premier League, success is unlikely to come quickly or easily.

“I think the new owners will be able to bridge that gap [with the league’s top teams], but part of the reason that gap exists is because the other clubs are global brands,” says Maguire.

“It will take time for Newcastle to expand their influence on a more global sphere. But if they can qualify for Europe on a couple of occasions then they will become Saudi Arabia’s local club, as it were.”

On and off the pitch, change is certainly in the air at Newcastle United.