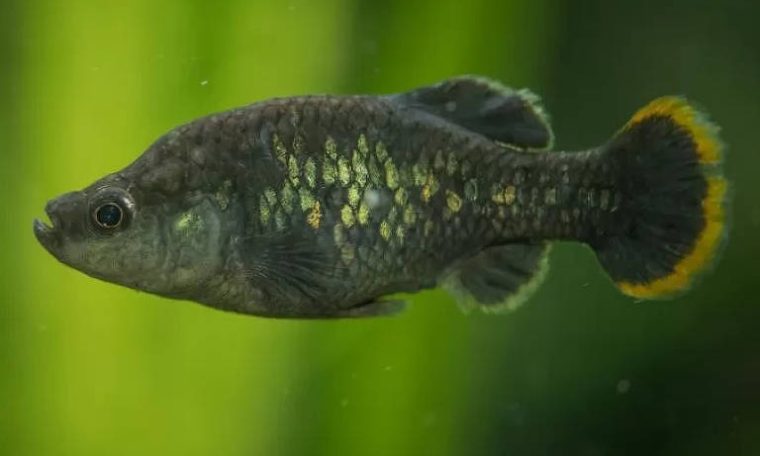 “It is just a small fish, which does not have many colors and does not generate much interest in terms of global conservation,” explains Gerardo García.

The species conservationists at England’s Chester Zoo are talking about is the tequila fish, which reappeared nearly two decades later. declared extinct,

“Disappearing” since 2003 zoogoneticus tequila Recently reappeared in Rivers of the Southwest Mexico,

It is being reintroduced as an example of how ecosystems and freshwater species can be saved.

According to the International Union for Conservation of Nature (IUCN), freshwater habitats are among the most threatened on Earth, with species dependent on freshwater “life extinguished faster than terrestrial or marine wild”.

Threats, such as pollution, are putting pressure not only on wildlife, but also on the fresh water and food supplies that depend on rivers and lakes.

Local communities (people living near the tequila fish release site in the Mexican state of Jalisco) are playing an important role in monitoring the water quality of rivers and lakes.

Professor Omar Dominguez, from the University of Michoacana in Mexico, whose team played a key role in the reproduction, said: “We couldn’t have done this without the local people – they are preserving long-term.”

“And this is the first time that a fish species considered extinct has been successfully reintroduced in Mexico. So it’s a real milestone for conservation. It’s a project that has helped determine the future of many of the country’s fish species.” have already set an important precedent for conservation. Those that are endangered or even extinct in nature, but which rarely come to our attention.”

Although conservationists initially released 1,500 fish, they say the population is now spreading across the river system.

It is a project (and a partnership) between conservationists in Mexico and the UK that goes back decades.

In 1998, at the start of the project, scientists from the Aquatic Biology Unit of the University of Michoacana in Mexico obtained five pairs of fish from the Chester Zoo, which were delivered by English hobbyist Ivan Dibble.

These ten fish established a new colony in the university laboratory, which experts maintained there and expanded over the next 15 years.

In preparation for reproduction, 40 males and 40 females of the colony were released into large artificial lakes at the university, essentially training captive-bred fish to keep them in the wild with temporary food resources, potential competitors, parasites, and predators. prepared for the environment.

After four years, it was estimated that this population had grown to 10,000 individuals and became a source of reintroduction into nature.

It is hoped that it could be a model for other freshwater species, including the choke, a close relative of the axolotl salamander that lives in just one lake in northern Mexico and faces very similar threats. does.

This unique amphibian, which according to local culture has healing properties, was saved from extinction, in part, by a local group of nuns who run a captive cattle breeding facility.

“It only shows”, says Gerardo García, “that animals can read adaptations to nature when they are reproduced at the right time and in the right environment”.