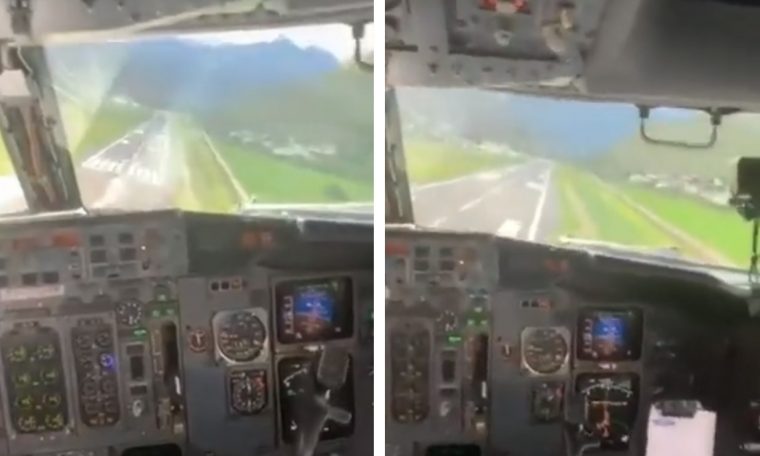 The 737-300 jet in question belongs to a Tri-MG – Intra Asia Airlines from Indonesia, and was flying to Paro, Bhutan carrying a shipment of vaccines donated by the United States through the Kovax Facility Consortium. The video draws attention to the instability of the approach, added to the aircraft’s various audible warnings, ignored by the pilots, who insisted on landing and ended in a real blow in the floor.

More data emerged about the flight, highlighting the instability in the approach, which was somewhat alarming. According to the Flightradar 24 flight tracking application, Boeing achieved a descent rate of 1,792 feet per minute (546 meters per minute).

Maintaining the indicated ratio, the pilot will arrive at the ideal time for landing when he approaches the runway. This is essential at an airport like Paro, which is in the middle of the Himalayas, which is difficult to reach and has an approach without much chance for mistakes.

This draws attention to how quickly and insufficiently the crew landed, with more than twice the ratio of the highest allowable approach speed. It’s worth noting that the FlightRadar24 data isn’t as accurate, but it clearly shows a descent rate above the recommended.

An unstable approach can result in serious accidents, and Indonesia has a poor history of air incidents: