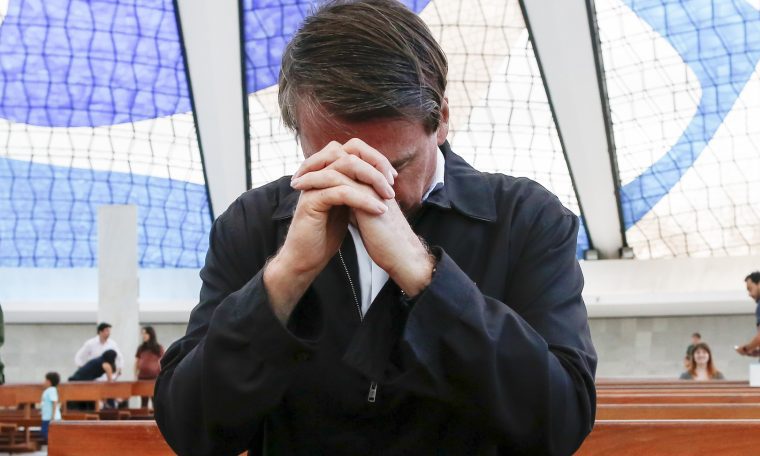 The president reaffirmed that Brazil is “one of the countries that suffer the least financially from the effects of the pandemic”.

President Jair Bolsonaro (PL) this Friday (May 27, 2022) commented on Brazil’s economic difficulties and said it was necessary “Impossible things in the hands of God”. He made the statement in a speech to evangelical clergy during a conference of the Assemblies of God of Madurai Ministry in Goiânia (GO).

“I dare to say that Brazil is one of the countries that suffers the least financially considering the whole world. There is no shortage here. We have difficulties, but what is the solution? it is [ter] It’s resilience, it’s faith, it’s courage, it’s faith. Often, or almost always, bend your knees and ask for a substitute. We know that we have to do our work, but things that are impossible to leave in the hands of God”Told.

Since 2018, Bolsonaro has nodded to Evangelical, a strong electoral base that helped him reach the presidency. One of his campaign promises was to appoint a minister with this religious preference. stf (Federal Court). “Terrible Gospel”Andre Mendonca was chosen.

In his speech at this Friday’s event (27 May), Bolsonaro also said that the pardon granted to Deputy Daniel Silveira (PTB-RJ) was an example given to the federal Supreme Court.

“I was a citizen in a closed regime sentenced to 9 years in prison, his mandate revoked, ineligible, being fined for expressing himself. It didn’t matter what he said. I also used my power, within 4 lines, to set an example for the STF, to sign the grace”, said the chief executive.

The President further said that no one shouldto be afraid“Other Powers of the Republic. “We must respect other powers, never fear. In this way, we rule with the power of God to be able to show Brazil where we can go.”

Bolsonaro again stated that it may not adhere to the implementation of the new deadline if the Supreme Court considers the thesis valid. The court is expected to continue ruling on the demarcation of new indigenous land next week.

The chief executive confirmed his presence in June at a scheduled meeting with US President Joe Biden at the Summit of America. He recalled that at a meeting of the G20 – the world’s 20 largest economies – he refused to present proof of vaccination and announced he would follow the same conduct.