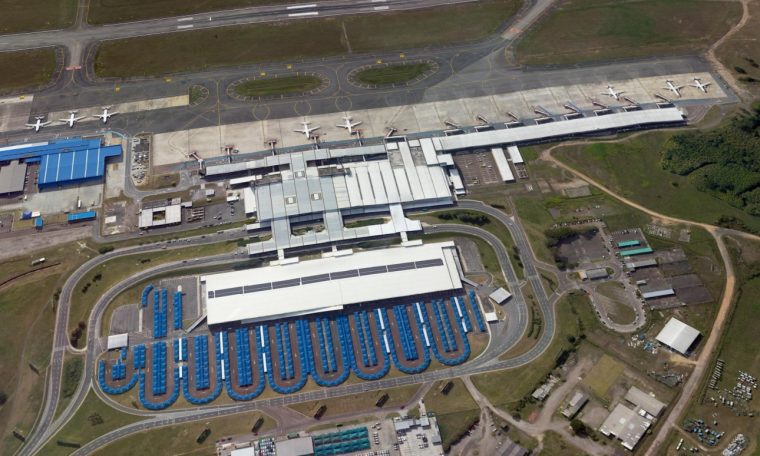 Curitiba/Afonso Pea airports in So Jose dos Pinhais (PR), and Viracopos in Campinas (SP), were rated the ten best in a ranking evaluating the quality of 132 air terminals worldwide in terms of May. The Humberto Delgado Terminal in Lisbon, Portugal, was ranked last in the same evaluation.

The person responsible for ranking is air help, a German company that provides legal services to travelers around the world. The ranking is based on evaluations of travelers in particular, who give their opinion on punctuality, food, shops and airport services in general.

Out of 10 possible points, Curitiba Airport recorded 8.37 and ranked fourth. Viracopos added 8.25 and is in tenth place. At the other end, the airport in the Portuguese capital received an overall rating of 5.76 points. The worst-rated Brazilian airport was the international airport in So Paulo in Guarulhos, which scored 7.76 and ranked 45th.

For evaluation, the most important criterion was punctuality performance, which accounted for 60% marks. Other parameters analyzed were quality of service (20% of points) and quality of retail – food and stores (20% of points).

Other major airports in the world were also ranked in poor condition in the survey. Of the ten worst airport infrastructure in the world, AirHelp reports that eight of them are located on the European continent: Lisbon, Eindhoven, Bucharest, Malta, Manchester, Paris, Porto and London.

Viracopos comments on the result

According to concessionaire Aeroportos Brasil Viracopos, an overall score of 8.25 is made up of 8.4 for punctuality, 8.2 for service quality and 7.9 for retail quality.

“This recognition now adds to another significant achievement this year by Viracopos Airport, which, for the third time, was voted the best airport in Brazil by the Department of Civil Aviation (SAC) in the Aviaço + Brasil survey. Most importantly, That part of the study considered the spontaneous expression of passengers is what we focused on”, said Gustavo Musnich, president-director of Virakopos.

Marcelo Mota, Director of Operations for Viracopos, also highlighted the importance of the AirHelp survey. “The survey once again shows that VeraCopos is on the right track, promoting continuous improvement in the provision of services to our customers”.