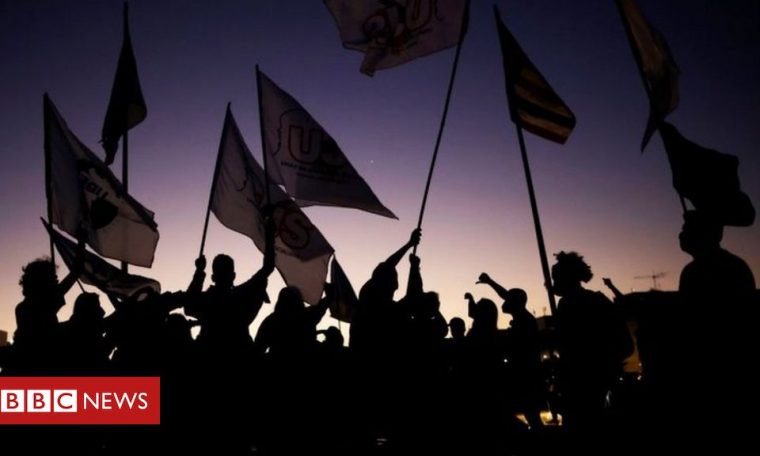 An opinion poll conducted in 25 countries brings up a dismal view of the global population about their respective political institutions – and a negative perception of Brazilians above the world average.

More than two-thirds (69%) of the thousand Brazilians interviewed say the country is in decline, the highest rate seen among all the countries surveyed. Broken system sentiment in 2021, made by the company Ipsos.

This is 12 percentage points higher than the (already high) world average of 57% of people who are believed to live in declining countries. Rates are also higher in Chile, Argentina and South Africa, with 68%.

In addition, 72% of Brazilians said they believe the country’s society is “bankrupt”, an index similar to Hungary and surpassed only by South Africa (74%).

The global average in this case is 56%.

Helio Gastaldi, a spokesman for Ipsos, says it is important that the leadership in ranking such negative sentiments causes discomfort in Brazil.

“I hope the research fulfills the role of a shock. Criticism (of political institutions) is widespread around the world, but not as intense as in Brazil”, Gastaldi told BBC News Brasil.

This sentiment had already manifested itself in previous Ipsos surveys on the same topic in 2016 and 2019.

“It is a feeling that persists and is what we have seen in other studies and surveys of customers, in which a sense of hopelessness and insecurity is seen in Brazil today. It suggests a great concern for the future. For”, Gastaldi continues.

Populism and ‘leaders willing to break the rules’

Overall, the survey provides a picture of people’s disconnection and frustration with their institutions: on average, 71% of global respondents agree with the phrase “the economy is manipulated to favor the rich and powerful.” “

And 68% agree with the idea that traditional parties and politicians don’t care about “people like me”.

For example, in Brazil, 74% of respondents said they agreed with the phrase “Brazil needs a strong leader to take back the country rich and powerful”, which is ten percent higher than the global average.

A small but equally high rate (61%) of Brazilians said that “for the country to heal, we need a strong leader, ready to break the rules.” The global average here is 44%.

“This reinforces the populist discourse that institutions are useless and that someone from outside has to come to fix them – a measure we already know doesn’t work”, says Helio Gastaldi.

Instead of pinning hope on a leader who will beat the system and solve problems miraculously, Gastaldi continues, the most productive thing will be to strengthen institutions and increase popular participation in them.

An important caveat at this point, says Gastaldi, is that support for “strong leaders who break the rules” is higher in older people (over 50) than in younger people, “who are more predisposed (relied) for institutional solutions.” ) seem”.

Anyway, he analyzes, “It is a high, worrying index, reflecting a certain indifference to the (military in Brazil) dictatorship, a cloudy and erroneous view of the term as more order or less corruption.” It also warns of the need for an inter-generational dialogue”.

“People understand that anyone who does something (to make the country better) can take responsibility or does it for their own benefit,” Gastaldi continues.

“There are a number of negative indicators, with Brazil far above the world average, indicating that the population feels very helpless.”

The only point in the survey in which Brazilians are below the international average concerns migration issues.

Here, 53% agree with the phrase “when jobs are scarce, employers should prioritize natives over immigrants” against 57% of the global average.

And only 26% think Brazil will be stronger if it stops receiving immigrants, compared to 38% in the rest of the world.

According to Ipsos, the samples are representative of the population structure of the countries – however, in some of them (including Brazil), it reflects the opinion of the population that is mostly urban, affluent and with greater access to education.