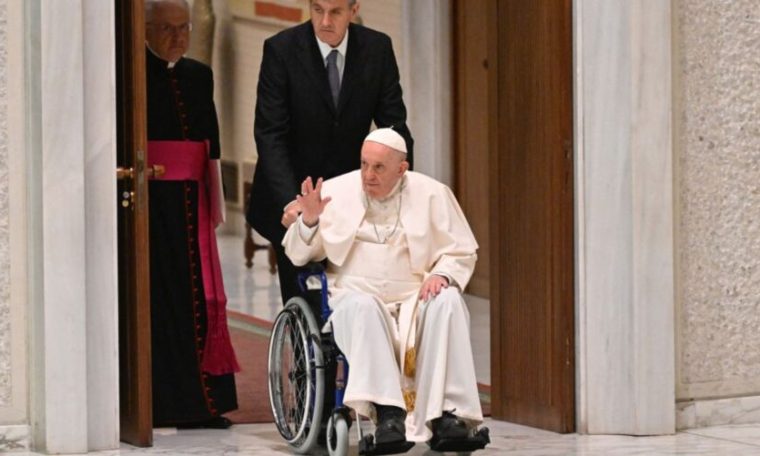 It doesn’t seem so, but it’s been almost ten years, along with the whole world, since the resignation of Pope Benedict XVI and the choice of George Bergoglio as Pope Francis.

Despite the nine years that have passed since then, the Vatican remains on alert for the possibility of Francis resigning. In 2013, Joseph Ratzinger’s decision was not anticipated and caused some shock in the Catholic Church.

Pope Francis names the first cardinal of the Amazon

Pope Francis will meet the people of Ukraine regarding the visit

Last weekend, the pope announced that he would make a short pastoral visit to the Italian city of L’Aquila on August 28 to attend the Perdonanza Celestiniana, the city’s annual religious festival held every summer.

News of the current leader of the Catholic Church following in the footsteps of his predecessor, Benedict XVI, and the possibility of resigning from his position in the near future intensified speculation in Catholic circles.

The ceremony, which Francis will attend, will commemorate the memory of Pope Celestine V, the last pontiff to resign before Benedict XVI.

Newspapers covering the Vatican speculated that the 85-year-old Francis was planning to follow in the footsteps of these other pontiffs, mainly because of his growing mobility problems, such as his knee problem, which has made him use a wheelchair since May. forced to use.

Another warning sign was the announcement of a conciliary scheduled to create 21 new cardinals on 27 August. Sixteen of them are under the age of 80 and eligible to vote at a convention.

In addition, Francis also announced that he would hold two-day talks next week to inform cardinals about reforms at the Vatican. The document, which takes effect on a Sunday, allows women to head the offices of the Holy See, imposes tenure limits on priestly officials and places the institution in the service of local churches, not vice versa.

Upon being elected in 2013, Francis took up the papacy with the daunting task of radically reforming the Roman Curia. The Holy Fathers, so far, have managed to implement significant progress, which can be attributed to Jorge Bergoglio feeling that his duty at the head of the Catholic Church has been at least partially fulfilled.