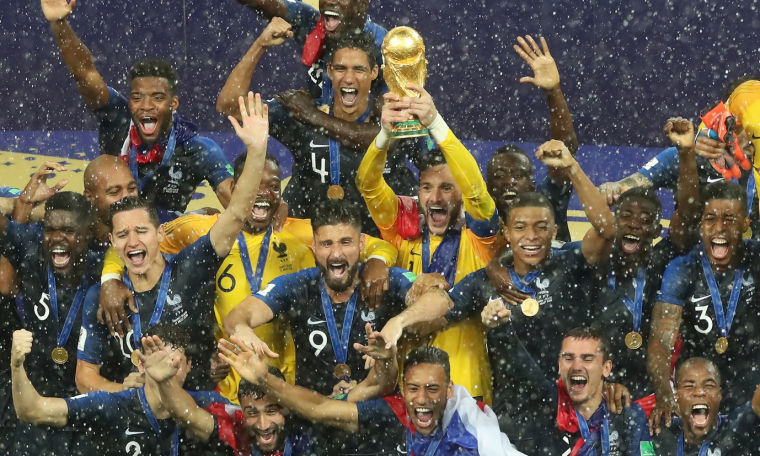 Three years ago, at the Luzhniki Stadium in Moscow, Russia, France lifted the World Cup and were crowned World Champions. In front of over 78,000 fans, Didier Deschamps side dispatched of Croatia, winning by four goals to two, in an emphatic display.

It was an excellent team performance, which annulled the disappointment of losing a major final back in 2016, when France hosted the last European Championships – and lost to Portugal at the Stade de France, with Eder’s extra-time goal the difference between the two.

But buoyed by that major trophy win at the World Cup, and having overcome their very own Group of Death at this year’s tournament – securing their place as Group F winners with a 2-2 draw against Portugal in their final match – can Deschamps’ side do the double?

For those that are looking to bet on France v Switzerland, you simply cannot look beyond Les Bleus. They overcame a difficult group – albeit beating Germany courtesy of a Mats Hummels own goal, and being held by Hungary at the packed-out Puskás Aréna in Budapest. The match against Portugal was one between two footballing greats – the reigning World Champions, and European Champions and was always going to be a tight affair.

Despite facing such tough opponents in the group stages, their next challengers Switzerland shouldn’t be underestimated and while they progressed to the round of 16, courtesy of the best third-placed teams ruling, they’re ranked 13th in the world by FIFA and have plenty of pedigree at major tournaments. It’s the second time they’ve reached the knockout stages in European competition, and were eliminated at this stage five years ago – after losing to Poland on penalties.

The beauty of knockout football is that it is so unpredictable – after all, who saw England losing to Iceland, or Wales reaching a semi-final at Euro 2016. It’s often where we see a David vs Goliath encounter, and the pressure on the favourite to perform then becomes too much, with the underdog falling under the radar.

You can imagine there’s pressure on France to perform, following that disappointment five years ago – but they’ll be feeling positive having won the group. It was a topsy-turvy night in Group F with both of the final group games ending in 2-2 draws, and the position of the teams in the table constantly changing. It was always going to be between the big three of France, Germany and Portugal – with their upcoming opponents on tenterhooks to see who they’d be facing. Fair play to Hungary for putting up a bit of a fight.

And you have to admit that France will be more than happy with their round of 16 opponents – while Portugal face Belgium, and Germany take on old foes, England. The EURO 2020 winner odds remain firmly in France’s favour, and having put two goals past the current European Champions, confidence will be high.

Not least for striker Karim Benzema, who has been out of favour for his country for some time, while dipping in and out, domestically. One of his goals may have come from the penalty spot, but it could be that the forward has finally hit some form – and will look to make amends for missing out at the last two major tournaments.

Despite being in the slightly tougher half of the knockout stages, France will be hopeful of becoming European and World Champions at the same time, for the second time in history.