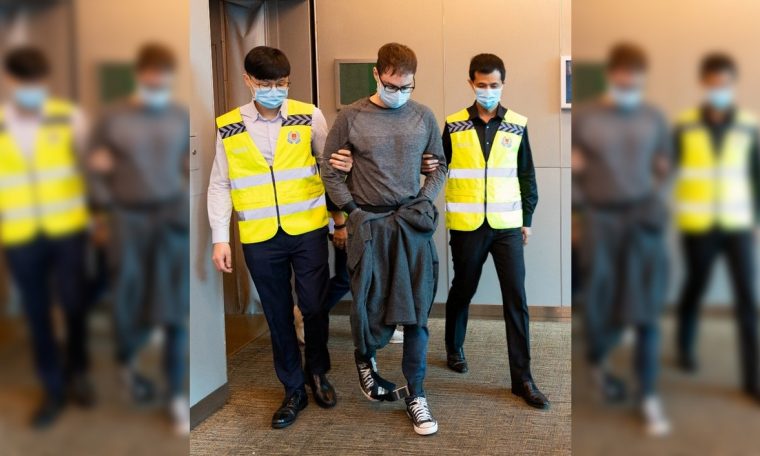 A Canadian who staged a rare bank robbery in Singapore was sentenced to five years in prison and six whips with a stick, but escaped corporal punishment due to an agreement that allowed his extradition.

David James Roach, who robbed a Standard Chartered bank branch in 2016, was extradited from the UK to Singapore in 2020 after the Asian city-state assured him he would not be flogged.

31-year-old found guilty of bank robbery and money laundering, for carrying the money stolen from the country, and sentenced on Wednesday (7).

A legacy of the British colonial period, rattan whipping is a common punishment in the Asian city-state and a mandatory punishment in cases of robbery.

but Singapore’s Home Office and the Public Prosecutor’s Office said they were taking “the necessary procedures to fulfill the guarantees given to the British government”..

Roach broke into a branch and took US$30,000 in Singapore dollars (over R$115,000 at current prices) by telling a bank teller that he was armed and committing a robbery.

This was a very unusual robbery in a country with extremely low crime rates.

The Canadian first fled to Bangkok, the capital of Thailand, where he was arrested for bringing stolen money into the country. But local authorities refused to send him to Singapore as there is no extradition agreement between the two countries.

Following his release, Roach was detained at London’s Heathrow Airport on his way back to Canada, and Singapore requested his extradition to the United Kingdom.

Singapore and Britain have an extradition treaty, but The British government agreed to deport Roach only if the city-states agreed not to impose corporal punishment..

See also  Coronavirus: B&Bs wrestle to endure thanks to 'lack of support'

Countries in Britain outlawed the practice of whipping as a punishment decades ago and have refused to be extradited to countries where the fine still applies.

Despite the agreement, the Singapore government said in a statement that Whipping “does not constitute torture or cruel, inhuman or degrading treatment or punishment, nor does it violate international law”.