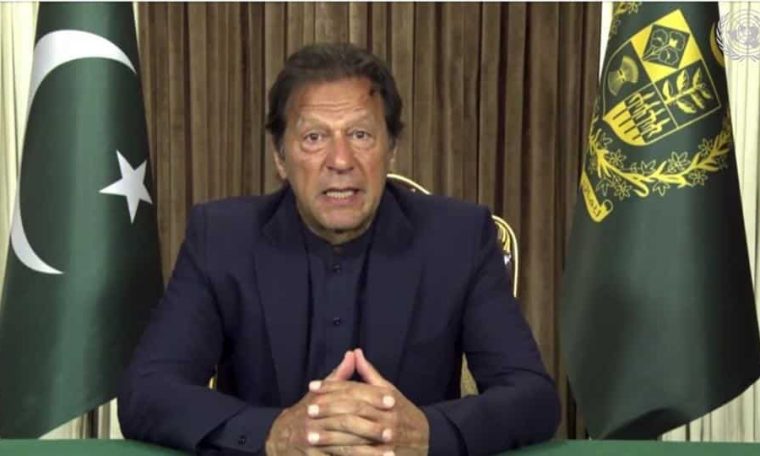 Pakistan’s Prime Minister Imran Khan on Thursday demanded a debt waiver as he proposed a 10-point plan to prevent many developing countries from being hit by the Covid-19 sanctions and lockouts.

Addressing a session of the UN General Assembly on the response to the epidemic, Khan called for financial relief on behalf of developing countries.

“I am convinced that in our situation, other developing countries are facing the same dilemma. How to stimulate the economy and yet at the same time reduce our budget deficit? The only way to sustain and revive finance is to reach greater liquidity, ”said the Prime Minister of Pakistan.

Khan told his audience that rich countries had injected 13 13 trillion as financial stimulus to revive their economies but developing countries did not have the resources. He said Pakistan was also committed to reducing the budget deficit under an IMF program.

The Prime Minister of Pakistan spoke at length on the dangers facing developing countries and said that the effects of economic downturn could be catastrophic. He also shared the damage done to Pakistan’s economy by the Kovid epidemic.

“Our goal was to make sure that we not only saved people from the virus but also saved them from starvation. “We have provided a relief package of about 8 8 billion – about 3% of our GDP – to help the poor and keep the economy afloat at the same time,” he said.