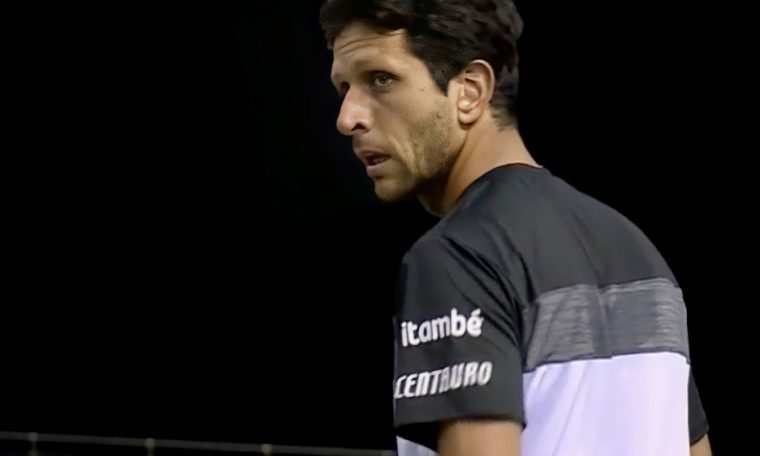 Marcelo Melo was the only winner of the three Brazilians on court this Thursday (1st) in the doubles bracket of the Wimbledon tournament in London (United Kingdom). The partnership between No. 19 Minas Gerais and Polish Lukasz Kubot (17th) in the Professional Tennis Players’ Association (ATP) rankings defeated Americans Jackson Withrow (79th) and Nathaniel Lemmons (86th) by 2 sets to 1 on the spot. Partials of 6/4, 5/7 and 6/4 were played in a best-of-three set (and not the traditional five) due to rain after two hours of the match, delaying the start of the event.

“Very happy with the result. I think it was an important win for us against a very tough team. Two Americans who play together and play very well on fast surfaces. Lukasz also played very well. This Was really special. Back Wimbledon, this time with the public. Everyone was supporting us, there were some Brazilians [na arquibancada]”, Melo said in a press release.

Melo and Kubot will face Netherlands’ Matvey Middelkup (35th) and Sander Arends (92nd) in the second round of the men’s draw. The forecast is that the match, in best-of-five sets, will take place this Friday (2) at a time defined. The Brazil-Poland partnership seeks a second title at Wimbledon. The first was won in 2017.

Demoliner goes to Wimbledon to compete in mixed doubles with Brazilian Luisa Stefani, who also said goodbye to the women’s section on her debut. Paulista, 23rd in the Women’s Tennis Association (WTA) rankings, and American Hayley Carter (25th) did not resist Serbs Nina Stojanovic (55th) and Alexandra Krunic (57th) and lost 2 sets to 1, partial 3. /6 6/4 7/5, in one hour 55 minutes after departure.

“Unfortunately it didn’t work today [quinta], finally escaped. It serves as another learning experience. Anyway happy to be back in the circuit. I felt good physically,” said Stephanie, who returned to competition after undergoing emergency surgery for appendicitis, in a press release.