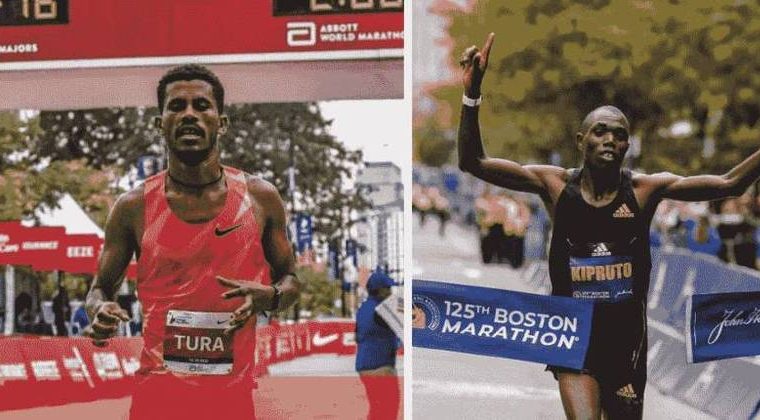 Chicago and Boston, the two main marathons of the world calendar, were played on this Sunday (10) and this Monday (11) respectively. After not being held in 2020 due to the COVID-19 pandemic, both these races were once again attended by runners. Together they produced more than 55,000 marathon runners, including 35,000 in Chicago and 20,000 in Boston. At the top of the podium are men and women, one Ethiopian and three Kenyans.

In the 43rd edition of the Chicago Marathon on Sunday, Cefu Tura won with a time of 2h06m12s. This was his second achievement this year. In April, the 24-year-old Ethiopian was champion at the Milan Marathon, where he set his personal record with 2h04m29s.

In second place was Galen Rupp. The 2017 champion, the American, who had finished eighth in the Olympic Marathon in Tokyo nine weeks earlier, completed Chicago’s 42.195km distance in 2h06m35s. Third place with 2h06m51s was Kenyan Eric Kiptanui.

“I was feeling good towards the end of the race, but I knew Rupp had the ability to accelerate in the last kilometer. So I opened it at the end to guarantee my win.”

Roop returned Tura’s praise, saying, “I was doing everything I could to try to follow Tura. He ran the last four kilometers at an unbelievable speed.”

In women, the title went to Kenyan Ruth Chepangetich. After withdrawing from the Olympic marathon due to injury, he crossed the finish line in 2:22:31.

“This is my first time in the United States and I must say I am very excited and happy for today’s win,” she said. “The race was good, but tough.”

In the 125th edition of the Boston Marathon, Kenyan Benson Kipruto finished the marathon in 2h09m51s. Ethiopia’s Lemi Berhanu, the 2016 champion, finished second with a 2:10:36, one second ahead of fellow countryman Jemal Yimer.

American CJ Albertson was one of the highlights of the Boston Marathon. The American, known for his achievements in long distance running, holds two world records. In 2019, he scored 2:17:59 in an indoor marathon, and last year, he ran the fastest 50km on an outdoor track in 2:42:30. In Boston, Albertsons began to advance and remained in that position for 32 km, reaching 2 minutes ahead of the competitors. Albertson finished 10th in 2:11:44

In the women’s section, Kenyan Diana Kipyoki won with 2h24m45s. The champion in 2017, Kenyan Edna Kiplagat was second with 2h25m09s, followed by compatriot Mary Ngugi with 2h25m20s.