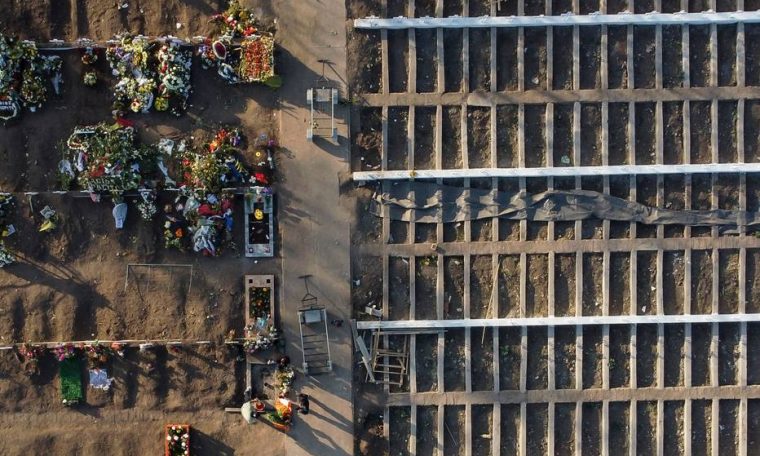 Santiago – Health Officer Chile reported Thursday, 10 that the metropolitan area, which includes the capital and home to more than 7 million people, will return to full quarantine on Saturday, as cases rise COVID-19 and the alarming collapse of the health care system in recent times.

Chile, where more than 30,000 people have died from complications resulting from COVID-19, has one of the most successful vaccination procedures in the world and the highest immunized population in Latin America. More than 11.2 million of the country’s 19 million residents have already received at least one dose of vaccines against the new coronavirus (74.5%) and 8.6 million of the target population of 15.2 million have received both.

But widespread vaccination has not prevented high rates of infection, although it has been effective in reducing the chances of patients reaching the intensive care unit (ICU). Officials say more than 60% of those admitted had not been vaccinated or had received only one dose.

“While in our country we have seen some stabilization of cases and positive trends in some areas, the metropolitan area makes us more concerned about the number of residents and critical beds”, said Paula Daza, Under Secretary of Public Health.

According to the health ministry, hospital conditions in Santiago are at their limit, with 98% of ICU beds occupied, despite some of its neighborhoods being in total confinement for more than nine weeks.

The availability of beds, Daza said, is one of the key elements with the arrival of winter, because with lower temperatures, people prefer to stay indoors rather than outside and the ventilation of spaces is reduced, a situation Which can lead to an increase in cases.

Mass vaccination in Chile Started on February 3rd And today it is the turn of those above 22 years old. By June 21, the teens Twelve years Vaccination will start.

This Thursday, the Institute of Public Health (ISP) approved the emergency use of the vaccine Janssen of Johnson & Johnson, which will reach the country through the international system kovax gives World Health Organization (WHO).

This single-dose vaccine is the fifth approved by the Chilean authorities and includes those already implemented: Sinovac (17.1 million), Pfizer/BioNtech (4.5 million), AstraZeneca (693,600, also through Covax) and CanSino (300,000). ), out of a total of 22.7 million doses that have already arrived in the country.

When asked about the Delta variant, which has already been recognized in neighboring countries Argentina I PeruHe has not yet been identified in Chile, officials confirmed, which will keep its borders closed until at least June 30. /efe, AFP and AP