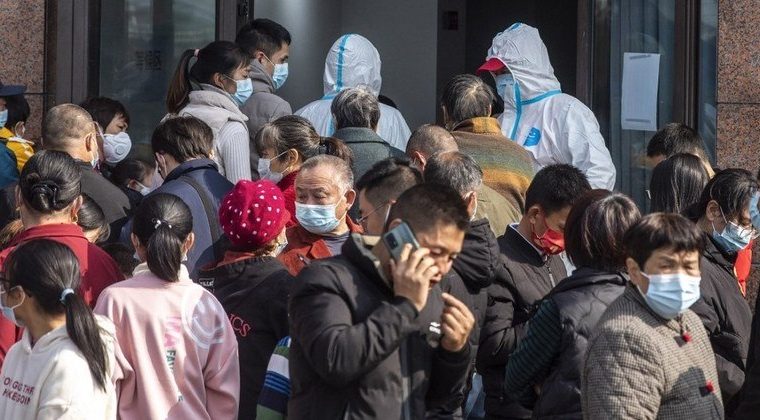 China’s economic engine, Zhejiang province, recorded a Covid-19 outbreak on Tuesday (14), and authorities announced the confinement of 500,000 people, as well as the closure of commercial establishments in several districts.

Zhejiang, an industrial and export hub on the country’s east coast, on Tuesday recorded 44 of the 51 direct-contact Covid-19 cases detected in China, bringing down nearly 200 infections since last week.

While the number of contagions in China is low compared to other major economies, weeks before the start of the Beijing Olympic Winter Games (February 4-20), Zhejiang authorities organized mass testing and localized confinement to combat the outbreak. has done. ,

According to officials, more than 540,000 people were imprisoned in Zhejiang. Chinese media reported on Monday (13) that the country has found out First case of ‘micron variant of coronavirus’ in Tianjin city.

In recent days, some districts of Ningbo, the main port of Zhejiang and the neighboring city of Shaoxing have also announced the suspension of some commercial operations.

In Zhenhai, a district in Ningbo with a large petrochemical base, all non-critical companies were forced to close their doors. Petrochemical producers curtailed activities.

Several companies in the provincial capital Hangzhou also suspended production. Hundreds of flights originating from Hangzhou were canceled on Tuesday.

Zhejiang is one of the Chinese provinces with the highest GDP and exports. “The closure of Zhejiang factories will affect the supply chain of many sectors, especially fiber and textiles,” Zhaopeng Jing, China’s director of ANZ Research, told AFP.

He predicts that the effect will be similar to the one seen in September and October, when China implemented energy rationing to tackle the electricity crisis.