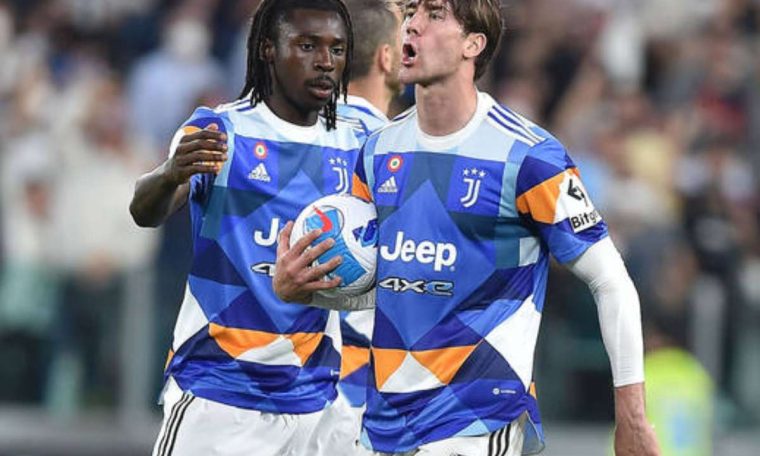 Brazilian artist Eduardo Cobra, the author of the design of the new Juventus fourth kit by Rennan Tandon, downplayed the criticism he received on social networks about the shirt’s style, saying he “deeply respected” the old lady’s traditions .

The uniform is made of geometric shapes in blue, orange and white and is inspired by the murals created by Cobra at the Juventus Academy in So Paulo’s Perez neighborhood. However, many fans criticized the design on social media due to a perceived lack of identification with the club.

“A few days before the launch, an unofficial image with low definition quality circulated on social media, so it also gave a different visibility to the final result. We are talking about a traditional team, but the fourth shirt has got exactly that. was created on purpose. of innovation, creativity and avant-garde, so it was given the freedom to use different shapes and colors”, the Brazilian artist said in an interview with ANSA.

“I did all this with a deep respect for traditions, fans and culture. The effect came in a way different from what happened in person at the stadium, as fans quickly sold out all available shirts, and many were wearing Thank you and thank you. Asking for autograph on shirt.”

Juventus started the kit in the draw against Bologna last Saturday (16) with the presence of the Cobras at the Allianz Stadium.

“It was a very rewarding experience to be able to connect with fans and understand the passion and dedication of those fans, especially in the sense of seeing where art can take me. Anyhow being present at the cradle of art To be able to have something sensational, fantastic and a novelty in my career”, he said.

The artist revealed that the partnership with Juventus began to take shape from “Colors for Liberty”, a series of murals created by him in New York in the United States. After many conversations and suggestions, Velha Senhora’s fourth shirt ended up pointing directly at the painting at the Juventus Academy in So Paulo.

“We were looking for connections and trying to find ways that could make sense within this purpose, which was to connect street art with one of the most beloved teams in the world. The mural I did in Brazil The picture was made, he links to the work done in the stadium. And what was seen on the shirt”, he announced.

Cobra also stated that he had a “different” relationship with the Turin club and did not rule out doing other things in the Italian city.

“As I delved deeper into the story and understood the concepts involved with the team, I realized how engaged they are in social causes and in helping others. We have proposals and some concepts on which Turin or here Even the possibility of doing something was discussed in other parts of the world within these social issues,” he said.

When designing the kit, the Brazilian studied the timeline of Juve’s shirts throughout its nearly 125-year history, but highlighted that the club is not bound by tradition alone.

“We realize that this is a traditional team with a well-known history, so it is very important to respect this universe. This opening of the club to show something different shows that traditions, culture and history are important, but the team Not stuck. There’s respect, but there’s also potential to look to the future. I believe the fourth shirt at this point made this connection possible, a new way of presenting all of the emotion contained in this story. ” , They said. ,