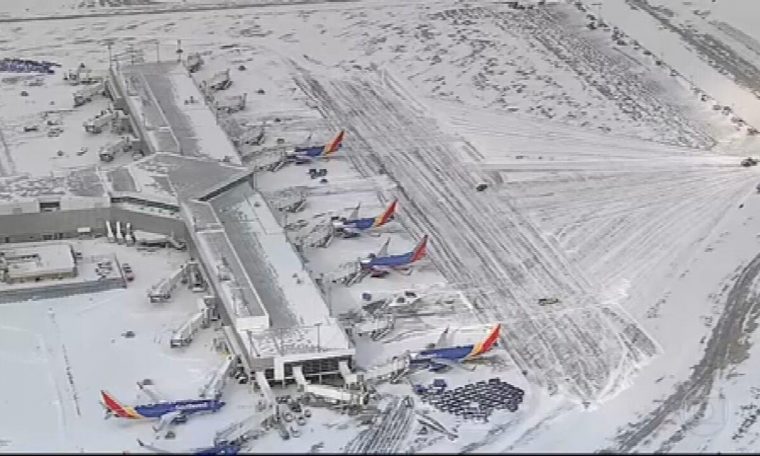 In the United States, a cold wave affected 200 million people, mainly in the south of the country, historically accustomed to warm temperatures.

It takes heavy equipment and a lot of work to revive a heavy city, especially in cities that are often not covered with snow and ice.

The state of Texas in the southern United States has not experienced such low temperatures since the 1930s; In some places it was recorded at minus 22 degrees. It was colder in Texas than Alaska.

And, at a time when the population needed the most energy for heaters, more than 4 million were without electricity. High demand forced the power company to ration. There is also a shortage of water in many areas of the state.

The federal government imposed an emergency in Texas. The Arctic’s air mass that caused the winter storm moved from the south to the Canadian border, further disturbances spread. Across the country, about 2,600 flights have been canceled, with 200 million residents living in areas that are subject to some type of weather warning.

The situation is not expected to improve so soon. In the hardest hit states, such as Texas, it is expected to continue experiencing extremely low temperatures in the coming days, with some locations able to receive 25 centimeters of snow by Thursday (18).

North Carolina was not so cold, but a winter storm affected the formation of a storm, leaving at least three dead, ten injured, and much destruction.