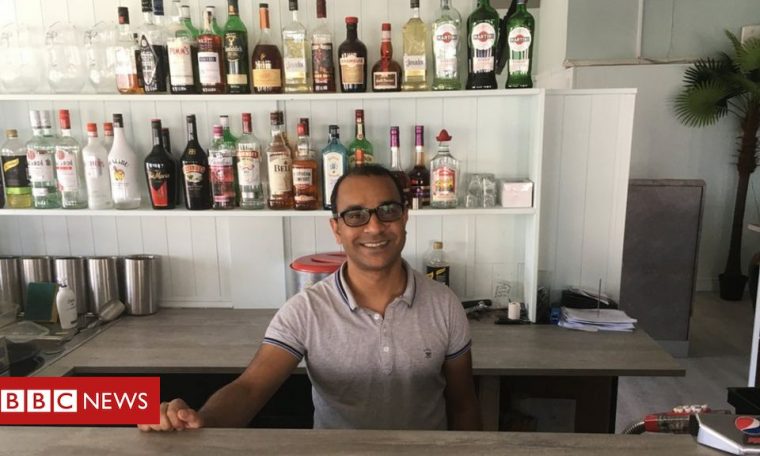 Some pubs, bars, cafes and restaurants in Wales will be able to reopen outdoors from 13 July, under new Welsh Government plans.

Venues will be able to open in spaces they own and have licences for – as long as coronavirus cases continue to fall.

But indoor services will remain closed for now, despite industry pressure.

Pub chain Wetherspoon said it would not reopen its beer gardens ahead of pubs being able to open fully.

Meanwhile the date for reopening self-contained accommodation has been brought forward to Saturday 11 July.

The change from Monday 13 July means accommodation owners can let Saturday to Saturday, but it depends on the state of the pandemic.

Wales is the only part of the UK without a restart date for indoor hospitality.

Drinkers will be expected to book, and Ms Morgan admitted that it would be “difficult” for some pubs to keep to the two-metre social distancing rules.

Officials are planning a phased reopening, with outdoor spaces owned by businesses and subject to existing licences opening first.

A Welsh Government spokesman said that would happen “if conditions continue to be favourable and subject to the outcome of next week’s review of the regulations”.

Ministers will consider the reopening of “indoor services” later:

The move will come a week after the planned end of Wales’ travel restrictions – due to happen on Monday 6 July.

The Wales TUC said it welcomed the decision, adding: “Workers’ health and safety is paramount, a worker’s health cannot be put above a company’s profits.”

A spokesman said: “We will continue pushing for bosses to pay proper sick pay should a worker need to self isolate, as statutory sick pay of £95 per week is not a viable option, particularly in an industry where fair work and low pay remains a real problem.”

What has the industry said in response?

Shibber Ahmed, owner of The Blue Elephant restaurant in Llandudno, Conwy, said: “All we see is TBC, that’s it. I don’t think I can carry on more than a month.”

He added he faces the “heart-breaking” prospect of going out of business if he is not able to reopen within a month.

“For the last 13 years I’ve been doing business in this town. If I have to shut down the doors then it will be very, very distressing for me.”

‘Once people have had a few beers will they still care about social distancing?’

Gwyn Davies, who runs the Fountain Inn in Builth Wells, Powys, said he had doubts over whether customers would stick to social distancing – and whether they would come at all.

“I don’t think it’s going to be a perfect scenario. Most beer gardens aren’t covered and most Welsh summers are very wet. I don’t see how we’re going to have the customers,” he said.

“Most beer gardens are too small for social distancing guidelines and will we see the public come back for drinks anyway?

“Once people have had a few beers will they still care about social distancing?”

He added that he fears “some people are quite blasé to the virus.”

Alistair Darby, chief executive of Brains, Wales’ largest domestic pub chain, said it was only likely to open “one or two” of its 104 pubs managed by the brewery from 13 July.

Brains owns a further 60 premises which are run independently by tenants.

He said that while many pubs did have outdoor spaces “no-one wants to go down the road and expense” of things like marquees and portable toilets.

Wetherspoon spokesman Eddie Gershon said: “We are looking forward to opening all of our pubs in Wales as and when the Welsh Government gives the go-ahead.

“We will not be opening our beer gardens in advance of that.”

“If we open too quickly, as we have seen in some parts of the world, we’ll just simply have to go back into lockdown and that’s not a place we want to be.

A group of restaurant owners, the Wales Independent Restaurant Collective, warned fewer than 50% of independent pubs, cafes and restaurants will be able to open outside from 13 July and those that do only expect to get 25% of their usual turnover.

It gave a “conservative estimate” that 10,000 jobs would be lost before the end of summer.

Ms Morgan said she was “intensely aware” of the numbers who worked in the hospitality sector and the numbers of people who feel “very pressurised” at the moment.

Ministers were “working closely” with Public Health Wales “to make sure that we can trace people who have attended different hospitality areas”, with names of drinkers taken,” she said.

“There will be an expectation that people will need to pre-book, and that those names will be taken so all of those measures will be put in place,” she said.

The minister acknowledged it would be “difficult” for the hospitality sector to stick to the two-metre social distancing rule and said government and the sector were “working on putting additional protection measures in place”.

Sarah John, who owns Boss Brewery in Swansea, said: “In our beer garden, if we were to do a two-metre rule, I hate to sound negative but it’s probably not going to be commercially viable. I don’t see it working for lots of pubs.”

Tommy Heaney, who owns Heaney’s restaurant in Pontcanna, Cardiff, called it “positive news”, adding: “We do have outdoor space but the style of food we do doesn’t suit outdoor dining so we’d have to review our offering.”

He said two or three weeks would have been good preparation time, calling 10 days “not ideal”, but said: “We’ve been doing takeaways and we’ve been blown away by the support”.

What is happening elsewhere in the UK?

The hospitality industry was closed across the UK on 20 March before the coronavirus lockdown fully came into effect.

Pubs, bars, restaurants and cafes in England are opening from 4 July. They open a day earlier in Northern Ireland.

Restrictions in England include changes to shift patterns, mandatory table service and more use of hand sanitiser.

In Scotland, beer gardens and outdoor restaurants can reopen from 6 July. Pubs and restaurants will be allowed to use indoor areas from 15 July.

Leaked minutes of a meeting between Welsh Government and council officials show the government is “looking at” allowing 1m (just over 3ft) social distancing for outdoor hospitality.

Officials had considered three dates for reopening, according to the minutes, seen by BBC Wales – 6 July and 17 July were also examined.

Other measures considered include:

Pubs , cafes and restaurants employ a significant number of people in Wales and play an import part economically in communities. 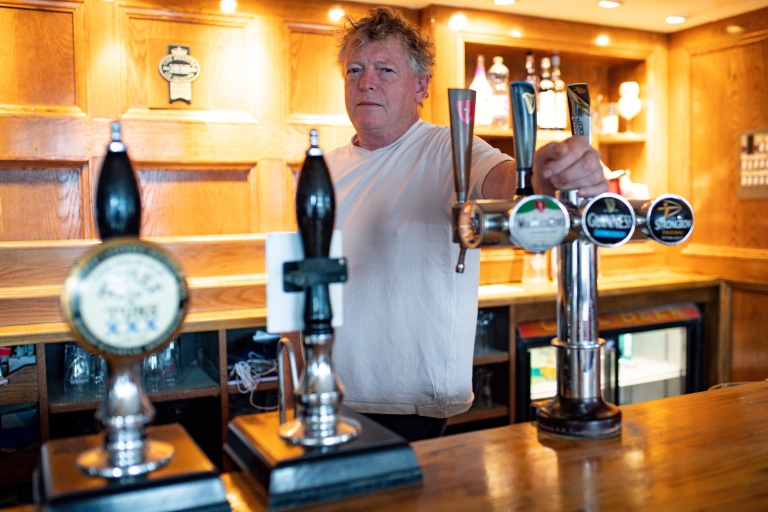 These businesses are an important part of the wider accommodation and food sector and are closely linked to tourism and local food production.

The supply chains for these are very important economically and socially. However they vary depending on the type of business.

Big chains like Frankie and Benny’s or Greene King are more likely to buy food from central wholesalers in England or further afield. Independent businesses are much more likely to buy locally and make a feature of that. That is virtually impossible to quantify – so we have anecdotal evidence to rely on at the moment.

However we do know that Welsh Government policy for many years has been to link Welsh food to tourism and to encourage local supply chains.

The harsh reality is that gross value added (GVA) per person in accommodation and food in Wales in 2018 was approximately £30,000 a year. This compared with GVA per person in manufacturing of £78,000 a year.

So one could argue that manufacturing has more impact but that is just focusing on one measurement. It is important to remember that jobs in pubs, cafes and restaurants also create employment in parts of Wales that manufacturing would set up in.

Concerns have also been raised over pubs and restaurants in residential areas, with more security and CCTV needed.

Darren Millar, Welsh Conservative Covid-19 recovery spokesman, said Thursday’s announcement would be “welcome news for some businesses in the hospitality sector across Wales but without a relaxation of the two-metre social distancing rules, and the ability to use indoor spaces, it still won’t be viable for many businesses”.

The Welsh Local Government Association said it would continue to work closely with Welsh Government and other partners “to safely and gradually reopen the hospitality industry in Wales”.

Eluned Morgan used the press conference to set out 9 July as the date that the Welsh Government could sign off on plans to reopen self-contained holiday accommodation – like cottages or caravans – with no shared facilities for 11 July.

“We have brought this forward from 13 July, after discussing this further with the sector, to enable bookings to be taken from the Saturday to Saturday,” she said.