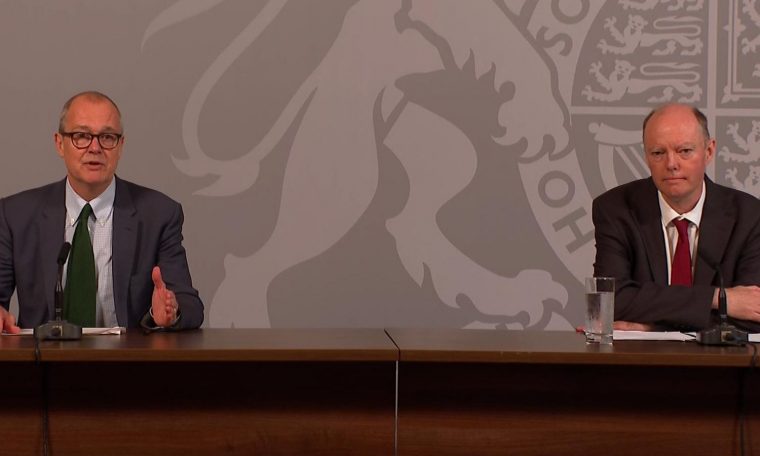 ‘We are at a critical juncture … there is no magic solution’

Transport Secretary Grant Schapps says the UK is at a “critical moment” in controlling the spread of the Kovid-19, adding that “it is clear that we are only a few weeks behind what we are seeing in Europe.”

Cabinet Minister KK Barley was told that the outstanding government plan would be based on the response of the people to the existing measures.

He says it is “absolutely important” that people self-quarantine when they are given the existing CVID, including the ‘Six Rules’. Must be complied with, otherwise “we will return to the position we do not want.”

“I don’t think anyone can really expect an entire society to be at home forever,” he says. “We have to get the balance right. We are at this tipping point and so it is imperative that we review where we are and look at the statistics.”

Mr Chapps said coronavirus deaths would be as severe in Britain as in Spain and elsewhere.

“It’s clear we’re looking a few weeks later than anywhere else in Europe,” he says.

“All you have to do is look at what’s going on in France, especially in Spain, and you can see that things end there, I’m scared, I’m dead. So it is very important that we do everything we can to endure. This.

“It’s very important that people do (follow the restrictions) because otherwise we’ll go back to situations we don’t want.”

He says he was told over the weekend by Professor Chris Witty, England’s chief medical officer, and Sir Patrick Wallace, the chief scientific adviser.

“We’re seeing hospital admissions, though no deaths yet. What we do know, looking at places like Spain, is going to be this way.”

“There is no magic solution to this,” he added.

“These decisions are often made after looking at scary amounts of statistics and intelligence.”