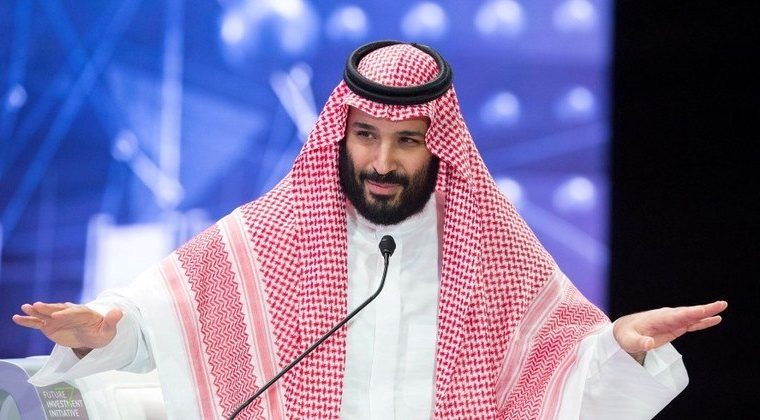 Shouting “We are Saudis and we do what we want,” hundreds of Newcastle fans flocked to St James’s Park on the 7th. Farewell to the then team owner, English manager Mike Ashley. He had his reasons.

The Magpies, as they are known, leave behind an era of low investment, technically limited teams and two relegations to enter a new chapter in their history. Newcastle was bought for £300 million (about R$2.2 billion) by a group led by Saudi Arabia’s Public Investment Fund (PIF), which was managed by Saudi Crown Prince Mohammed bin Salman, who held 80% of the shares. was acquired.

The England club is now considered the richest in the world, as bin Salman’s wealth is estimated at $400 billion (R$2.1 trillion), ten times that of Manchester City owner Sheikh Mansour bin Zayed Al Nahyan, the richest at the time. .

The main criticism of the purchase of Newcastle was due to the Saudi record of human rights disrespect. The prince is accused of ordering Washington Post journalist Jamal Khashoggi murdered, Criticism of the government, at the Saudi Embassy in Turkey in 2018.

The Premier League, the league that organizes the Premier League, came under heavy pressure from human rights organizations such as Amnesty International and the deceased journalist’s former fiancé, Hatice Cengiz, to veto the deal.

The purchase of Newcastle by a Saudi fund managed by the country’s Crown Prince is defined by experts as: washing game, that is, the strategic and political use of sport to improve the reputation of governments around the world, hiding their negative actions and actions.

Sports researcher and book organizer at UERJ Club Empresa: The Global Critical Approach to Corporations in Football, Irlan Simos points out that this practice is not a recent trend. “Taking over football clubs for political purposes is nothing new. Many teams have already been used as an instrument of politics and public image. It is based on the temptation of a football team to present power. idea”, Simos explains.

Saudi Arabia has hosted one edition of the Super Cup in Spain and another in Italy, among other sporting events in recent years. In December, it will host its first Formula 1 race. The country is also planning to apply to host the 2030 World Cup.

Another neighboring country holds shares in rival Newcastle in England. In 2008, Manchester City was bought by the Abu Dhabi United Group for £266 million from Sheikh Mansour bin Zayed Al Nahyan – a member of the UAE royal family and the country’s deputy prime minister.

The company owns 78% shares in City Football Group (CFG), a network of ten clubs spread across five continents, in addition to partnerships with Bolivar’s Bolivar and France’s Vennes. Manchester City rose to the next level in a short time, thanks to investments in the region of €1 billion, since the start of the purchase.

In 2011, it was Qatar’s turn to launch its international launch via football. Qatar Sports Investments (QSI), a company linked to Qatari emir Tamim bin Hamad Al Thani, bought 70% of Paris Saint-Germain shares for 50 million euros. Since then, the team has received huge investments, football dominates the country and now, along with Neymar and Lionel Messi, dreams of eventually winning the Champions League.

Bahrain, through the country’s Sovereign Investment Fund, paid €5m last year for 20% shares in French second division minor Paris FC. The investments are still sneaky, but the goal is to reach first class. The phrase “Explore Bahrain” is displayed on the club’s shirt.

The practice of countries owning European clubs is also criticized in football. Javier Tebas, the president of LaLiga, which organizes the Spanish championship, is one of the opponents. “If it doesn’t end, there will be 20 sheikhs in 20 clubs in football who will dominate everything,” he told Spanish daily Sport.

In Spain, the government forced clubs to shift to the business model in the 1990s to try to ease their dire financial problems. Exceptions are for Barcelona and Real Madrid, as well as for Athletic Bilbao and Osasuna, which are non-profit associations.

A report published this year by auditing firm Ernst & Young showed that in the first division of Germany, Spain, France, England and Italy, 92% are club companies, compared to 96% in the second division. With the exception of England, the owners are mainly businessmen from their home country: 58% have some personal relationship with the club or are businessmen from the region.

English football saw a new phase in its history in 2003, when oil and gas billionaire Roman Abramovich bought Chelsea for £140 million. The former governor of a Russian province and a friend of Vladimir Putin has invested in big contracts over the years and has seen the team lift the Champions League trophy twice.

Italian football has a number of native owners, such as the powerful Agnelli family, owners of companies such as Fiat and Ferrari that have led Juventus to the top in recent years.

Most recently, seven of the 20 teams in the First Division are owned by American investors. They were attracted by the low cost compared to the British, but also by the prospect of bringing the Italian league back to the top of Europe.

Read below: Football and Patinhas Uncle: Meet the billionaires who own the clubs