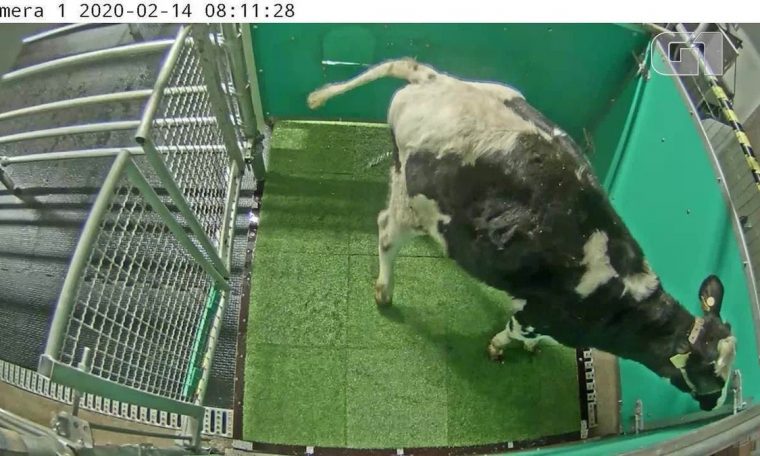 like dogs, Cows can also be taught to use “carpets”.. And, one such experiment has been done in Germany to try Reducing emissions of polluting gases.

The study, published this Monday (13) in the scientific journal “Current Biology,” showed that ammonia emissions generated from animal urine can be reduced if cattle waste is treated.

To try to persuade cows to urinate in a specific location, a group of researchers from the University of Auckland and the Federal Institute for Research in Animal Health in Germany developed a technique often used by parents with their children. Used: Offer candy as a reward.

The cows were kept in a special corral, a structure with a green enclosure, called a moolu, where they, after urinating, received a sweet liquid composed mainly of molasses. On the other hand, the animals that felt the need outside the enclosure received a jet of cold water.

The experiment was performed with 16 calves.

Cows are trained to urinate in the ‘potty’ in a study to reduce polluting gases – Photo: Thomas Huntzshell/AFP

Because nitrogen in it, when mixed with urine, feces, turns into ammonia, Which causes various environmental problems, such as acid rain, says animal behavior scientist Lindsey Matthews of the University of Auckland.

Ammonia can also be converted by soil microbes into nitrous oxide, which is the third most harmful greenhouse gas after methane and carbon dioxide.

With this experiment, Scientists have calculated that keeping 80% of cattle urine in toilets can reduce ammonia emissions by 56%.

A cow can produce about 30 liters of urine per dayMathews told the Associated Press news agency. In 2019, nitrous oxide comprised 7% of all US greenhouse gases, according to the Environmental Protection Agency.