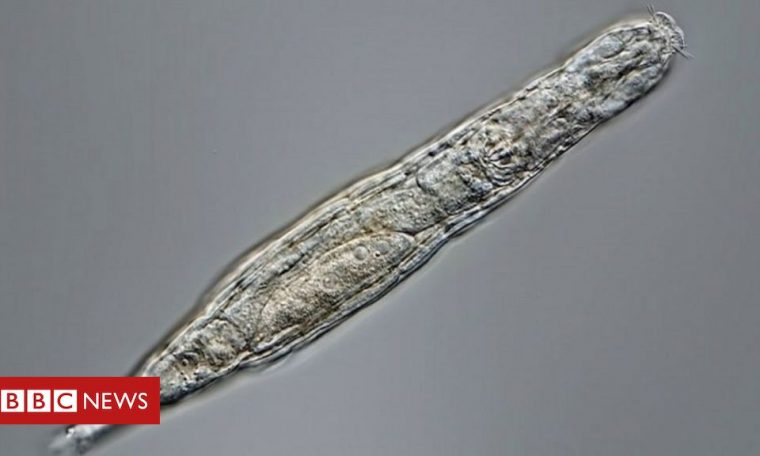 A microscopic multicellular organism has resurfaced in Siberia after being frozen for 24,000 years. This is the only research in which scientists have found an animal known as rotifer bedeloides in the Alaiza River in the Russian Arctic.

Once molted, he was able to reproduce asexually, even after spending millennia in a latency stage called cryptobiosis.

Previous research had already shown that they could be frozen for up to ten years. A new study published this week in the journal Current Biology suggests that they can live for thousands of years, or even indefinitely.

“The bottom line is that a multicellular organism can be frozen and stored for thousands of years and then come back to life – the dream of many fiction writers,” said Stas Malvin of the Institute for Physical-Chemical and Biological Problems. The Science of the World. In Solo, Russia, to the Press Association news agency.

He said further studies are needed to identify how this happened.

To investigate this process, scientists participating in the study frozen and thawed dozens of animals in a lab. Radiocarbon dating of the rotifer bedeloides determined that the age of the specimen was between 23,960 and 24,485 years.

Bdeloid rotifers are a class of rotifers found in freshwater environments around the world. They are known for their ability to face tough situations.

See also  Wearing a mask is no longer mandatory on public transportation in the US, including flights

They are one of the most radiation-resistant animals, according to the New York Times, which reports that they can also withstand years of low oxygen, hunger, high acidity and dehydration.

There are also reports of other multicellular organisms coming back to life after thousands of years, including a nematode worm as well as some plants and mosses.