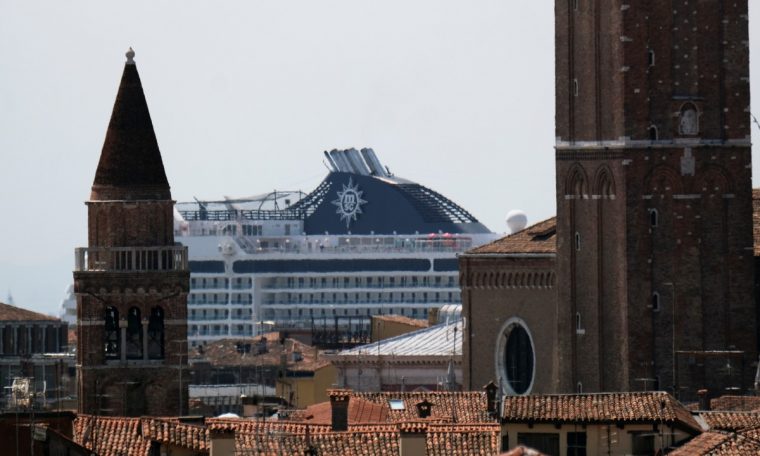 The cruise returned to Venice, at Italy, after more than a year without travel due to pandemic restrictions. COVID-19.

With the return of the large ships, disputes about the effects on the city’s preservation took hold and the performances were also scheduled for this Saturday (5), the day the MSC Orchestra leaves Venice.

The ship, which emptied at dawn this Thursday (3), is arriving from the Greek port of El Pirio, should depart with 650 passengers on Saturday afternoon. The ship will stop at Bari, Korfi, Mykonos and Dubrovnik.

Cruises in Venice after more than 1 year without travel due to pandemic restrictions in a June 3, 2021 photo – Photo: Manuel Silvestri / Reuters

Passengers must provide a negative test for COVID-19 taken at least 96 hours prior to boarding. He will have another test on arrival.

Cruises are allowed to board at half its maximum capacity (3,000 people).

The presence of cruises in Venice once again sparks controversy over the preservation of the flooded city. Photo from June 3, 2021. — Photo: Manuel Silvestri/Reuters

A strong controversy has arisen between proponents of cruises and those concerned about the impact of large ships on the city’s heritage and the environment.

The activity represents a significant contribution to the economy of Venice, which is primarily fueled by tourism and which was severely affected by the pandemic.

This Saturday there were two demonstrations, one in favor and one against.