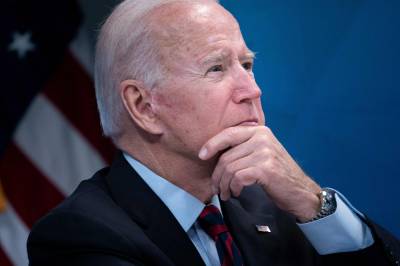 Hundreds of Cuban businessmen in a letter to US President Joe Biden this Monday (8) called for the lifting of economic sanctions against the communist island that cause “great harm” to their activities and their families.

“Through our businesses, we are working to build the economic well-being of our families, so that Cuban entrepreneurs do not feel the need to emigrate for rewarding work and economic prosperity”, in the text 247 executives of private companies explained. and co-operative societies

“However, the current US policy toward Cuba greatly affects our daily business operations and hinders our ability to prosper,” he said, regretfully saying that Biden, despite his campaign promises, has made a difference to his predecessor Donald Trump. retained 243 sanctions imposed by the place since 1962

During his campaign, Biden stressed the need for a “new policy towards Cuba”, lifting restrictions on tourist travel and remittance transfers to the island. So far, however, it has not modified any of these measures.

“We urge you to take the following immediate action: 1) re-establish a route for remittances; 2) open travel to people under US jurisdiction; 3) reopen the US Embassy in Havana; and 4. ) Remove Cuba from your list of countries sponsoring terrorism,” said the letter sent to Biden.

Between 2014 and 2016, during the Barack Obama administration, the Cuban private sector experienced a short-lived boom during rapprochement between the United States and Cuba.

“We dream of going back to the days when synergy was official US policy, leading to an economic boom that benefits everyone,” the businessmen declared.

Although the Cuban economy is 85% state-owned, there are over 600,000 private workers, especially in the service sector (restaurants, taxis, repairs, etc.), who have recently been authorized to form small and medium-sized businesses. has gone.

But the coronavirus pandemic, which plunged Cuba into its worst economic crisis since 1993, forced more than 250,000 private workers to suspend their activities.