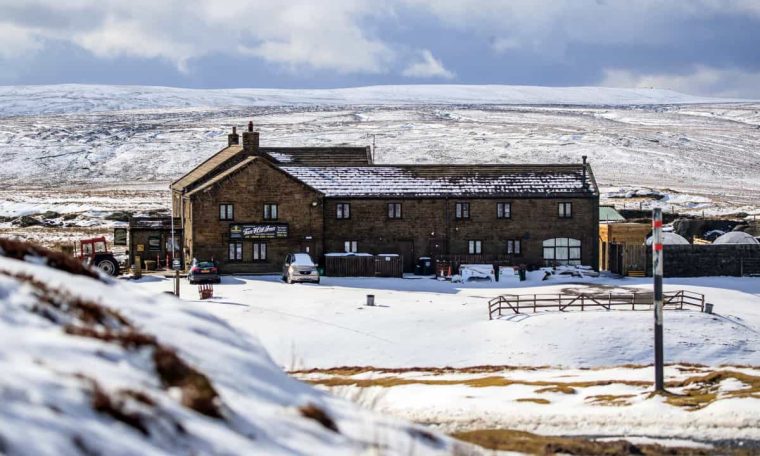 sO PAULO, SP (UOL-FOLHAPRESS) – 60 customers are isolated at a pub in the Yorkshire Dales, UK, as the Arwen Blizzard hit the north of the area on Friday (26). In the stores, the owner offers an improvised camping and karaoke contest to entertain customers who were left without access to other locations due to roads blocked by snow.

Groups of family and friends went to a bar to pay tribute to English band Oasis on Friday after they were hit by a snowstorm that killed three people in other parts of the region.

According to reports, the atmosphere is relaxed despite the unforeseen situation.

“Some still don’t want to leave. People are taking each other’s numbers and promising to come back next year and hope it snows again,” Mike Kenney, a partner at the site, told the Yorkshire Post. Told.

“The cooks have been fantastic, cooking whatever they can. Today they look forward to making and delivering some cakes while people play in the snow,” said the businessman.

Despite the favorable climate at The Tan Hill Inn, the British Meteorological Agency has put parts of the country on red alert due to the risk of heavy snowfall.

Highways were closed, cars were covered with snow and many sites had no electricity over the weekend.

Meteorological services told the population to stay off the coast because “strong waves put their lives at risk”.