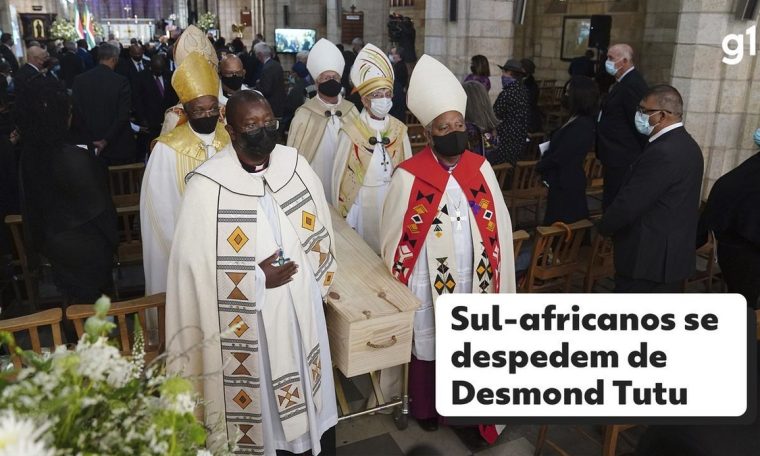 The ashes of Archbishop Desmond Tutu, a national hero in South Africa for his fight against apartheid, were deposited this Sunday (2) in his former parish in Cape Town. Mayotte and buried.

“The ashes of Archbishop Emeritus Desmond Tutu were deposited at a private family worship service at St George’s Cathedral,” the Anglican Church said in a statement.

His widow, known as Mama Leah, attended the religious ceremony.

The ashes now rest in a special place in front of the main altar, under a stone engraved in capital letters: “Desmond Ampilo Tutu October 1931 – December 2021 Archbishop of Cape Town 1986-1996”.

Desmond Tutu died on 26 December at the age of 90,

South Africa paid tribute to the global figure at a low-key funeral on Saturday (the first) as they wished.

The Nobel Peace Prize winner’s body was reduced to dust by aquamation, a method of water cremation that is considered an ecologically sound alternative to traditional systems.

Tutu emerged from the worst years of the racist regime that ended in 1991. He organized peaceful marches against secession and advocated for international sanctions against white rule in Pretoria.

After the election of Nelson Mandela in 1994, he chaired the Truth and Reconciliation Commission (TRC).