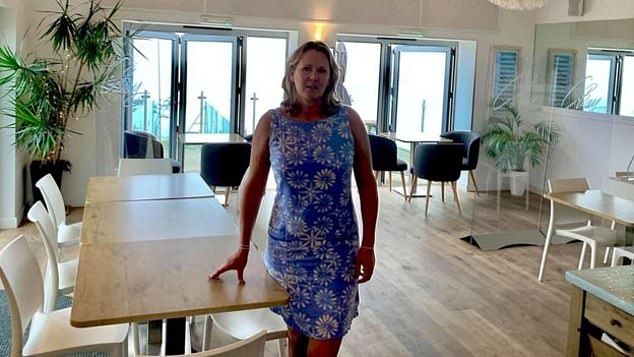 Diners using the Eat Out to Help Out scheme have been slammed as ‘rude’ by over-worked staff as the number of half-price meals sold under Rishi Sunak’s plan hits 35million.

Disgruntled staff working across the nations eateries have shared their frustration after being met by ‘rude’ customers eager to take advantage of the government scheme.

Under the scheme, which came into force earlier this month, restaurants charge customers half price – up to £10 per diner – on Mondays, Tuesdays and Wednesdays and then claim the money back from the Government.

However the move has now seen a number of restaurant bosses pulling their venues out of the discount scheme – with some claiming the initiative was actually losing their business money.

It comes as the Government revealed it was set to pay out £180 million to cover the cost of the discounted meals so far.

Owner of the C-Bay Bistro in Crantock near Newquay, Nina Eyles, claims the scheme is actually losing her business 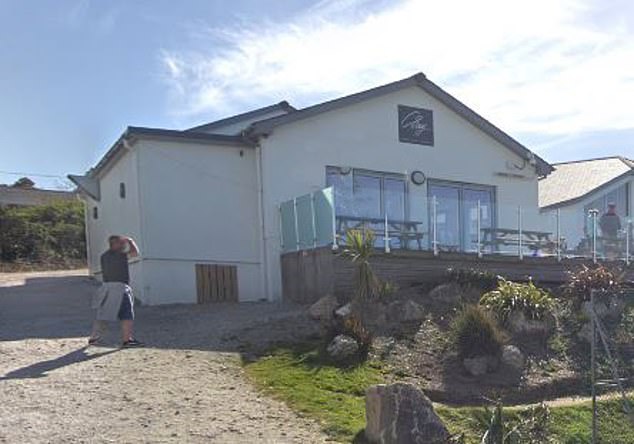 She says customers aren’t booking for the days the incentive isn’t running. Pictured: The C-Bay Bistro in Crantock, near Newquay 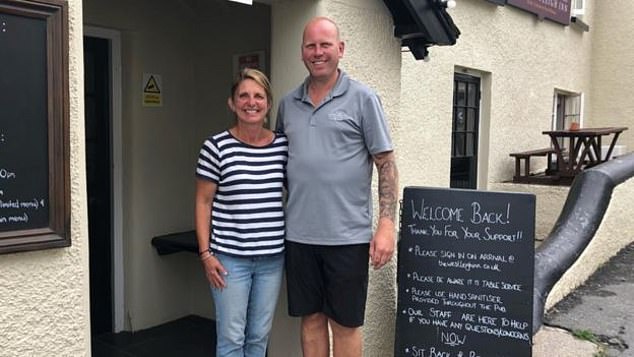 Landlady of the Westleigh Inn in Bideford, Devon, Steph Dyer, told the BBC they were pulling the plug on the scheme due to the ‘physical and mental stress’ being put on their staff

Sharing their frustration, owners of the seaside restaurant the Paddock Inn near Tenby, Pembrokeshire, said revellers were advantage of the widely-popular scheme and had shown ‘extreme levels of rudeness’ and caused staff ‘nothing but grief’.

The Paddock Inn, in Penally, Wales said it joined on as a perk to customers as ‘the custom is already there’ for them anyway.

But as they only have one chef in the kitchen due to restrictive social distancing measures, meals were taking longer than usual.

The restaurant said: ‘Our team have persevered in order to accommodate those looking to get a highly discounted meal, which has brought them nothing but grief.

‘The government’s scheme doesn’t really do much for us as the custom is already there but we decided to do it for you.

‘However, we are seriously considering pulling the plug on this due to the extreme levels of rudeness, lack of understanding, and complete impatience of some of our recent customers.’

‘If you are incapable of understanding this then go and get a table elsewhere. 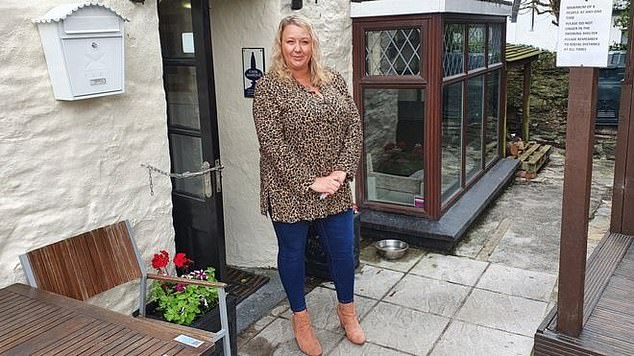 Owner of the Tavern Inn in Newquay, Kelly Hill, said: ‘It [the Eat Out to Help Out scheme] has brought us nothing but negativity due to the huge demand, causing long waits on food, tables over-running and hostility towards our staff’ 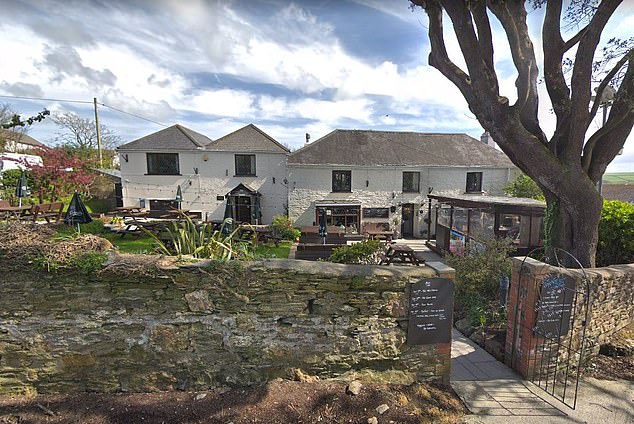 Pictured: The Tavern Inn in Newquay, where owner Kelly Hill says customers are ordering huge meals and being belligerent 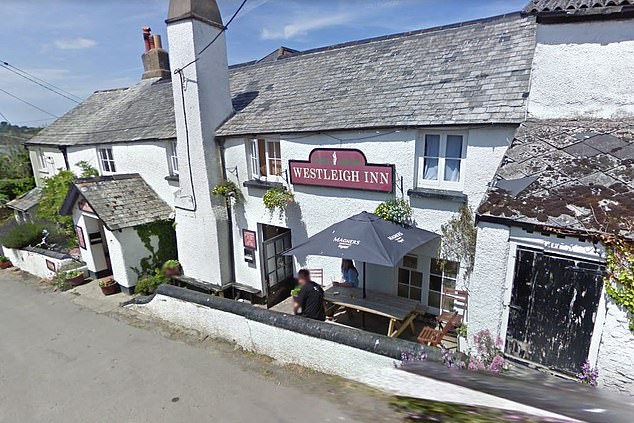 Pictured: The Westleigh Inn in Bideford, Devon, where landlady Steph Dyer has u-turned on offering the Eat Out to Help Out government incentive to protect her employees from ‘physical and mental stress’

‘You will likely find that there is also a wait there as this is natural when operating with less staff.

‘We are currently discussing amongst ourselves whether or not to continue with the scheme as it is simply not fair to expose our staff to the kind of behaviour that we have seen this week.’

As part of the scheme, restaurants charge customers half price – up to £10 per diner – on Mondays, Tuesdays and Wednesdays then claim the money back from the Government. The payment averages £5.14 per meal.

But her Majesty’s Revenue and Customs revealed the enormous cost of the scheme so far, just hours after the Treasury said it had received 48,000 claims from the 85,000 restaurants that have signed up.

Countless staff members up and down the country have now called on diners to make exceptions for busy restaurants and slower-than-normal service.

According to the BBC, The Tavern Inn in Newquay is another venue that has pulled out of the discount scheme.

Owner Kelly Hill told the broadcaster: ‘It has brought us nothing but negativity due to the huge demand, causing long waits on food, tables over-running and hostility towards our staff.

‘People are ordering big, big meals; they are not willing to wait for their food; our staff are being shouted at for having no tables, or for the service being slow. It’s put an awful lot of strain on our waiting staff and kitchen staff.’

How does the Eat Out to Help Out scheme work?

The government initiative runs every Monday, Tuesday and Wednesday from August 3 to 31.

Customers are given a 50 per cent discount when they eat up to a maximum saving of £10 per diner.

The business then reclaims the value of the saving from government.

The discount does not apply for alcoholic drinks or service charges.

You do not need a voucher to use the scheme and you can use it at the same time as other offers and discounts.

There is no minimum spend.

Participating establishments may include: restaurants, cafés, bars and pubs.

The Heron Inn in Truro is another restaurant to retract the offer, citing customers’ ‘unpleasant’ and ‘unwelcome behaviour’ on why they decided to call time on the scheme.

‘Safety is our main priority, and with the increased amount of people visiting us, it is making it difficult for us to manage with social distancing rules in place,’ the inn wrote on Facebook.

‘We have received unpleasant comments and general unwelcome behaviour from customers when they are unable to find a table due to us having reached capacity’.

Landlady of the Westleigh Inn in Bideford, Devon, Steph Dyer, told the BBC they were pulling the plug on the scheme due to the ‘physical and mental stress’ being put on their staff.

Owner of the C-Bay Bistro in Crantock near Newquay, Nina Eyles, claims the scheme is actually losing her business.

She says customers aren’t booking for the days the incentive isn’t running.

‘In July we were full every day, but now Mondays to Wednesdays are absolutely manic and we are much quieter than normal on the other days,’ she told the BBC.

‘If it was in winter we would be so grateful and it would have been amazing.’

Other restaurateurs and service staff took to social media to complain about working in a premises taking part in the government’s venture.

Michelle wrote on Twitter: ‘PSA: If you book a table for Eat Out to Help Out, please anticipate the place will be packed and the food will take a bit longer than usual.

‘I’m sick of customers being so rude over something I can’t control.’ 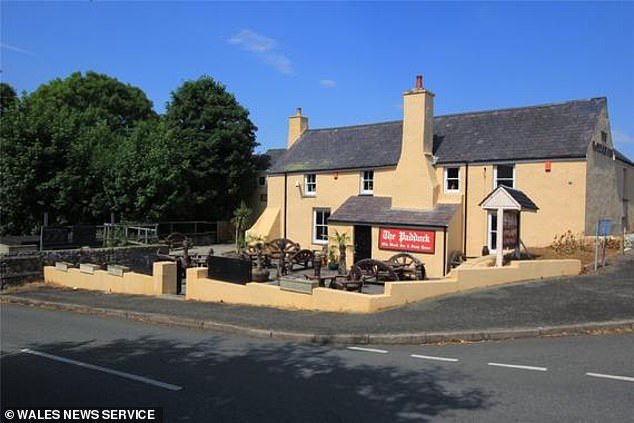 Seaside restaurant the Paddock Inn (pictured) near Tenby, Pembrokeshire, says revellers taking advantage of the widely-popular scheme have shown ‘extreme levels of rudeness’ and caused staff ‘nothing but grief’

Arlia Maitland added: ‘Can’t get my head around how this eat to help out scheme makes customers act to rude and entitled… You’re literally paying £10 for a meal f*** off.’

Former restaurant and cafe worker Grace Ward added: ‘If you are doing this ‘Eat Out to Help Out’ thing, and you’re self-righteous and rude towards staff, you’re an awful person and don’t deserve the ‘respect’ you demand.’

Jordan Dick added: ‘F*** the eat out to help out scheme to f***. I f****** hate working them. Hate hate HATE it. Just because your food is cheaper doesn’t mean you should order more you greedy f****.’

The Eat Out To Help Out scheme – which started on August 3 – saw some 24.5million dishes enjoyed by Britons in 85,000 participating restaurants in its second week.

This figure is nearly double the 10million who took advantage between August 3 and August 9.

But concerned police in Leicester have been forced to use emergency powers to break up huge crowds eagerly waiting to take restaurants up on their offer.

Police will enforce a new Outdoor Public Place Direction banning people from unsafely queuing or congregating outside a string of food outlets on one road in the city – where lockdown measures have been reinforced amid a localised outbreak. 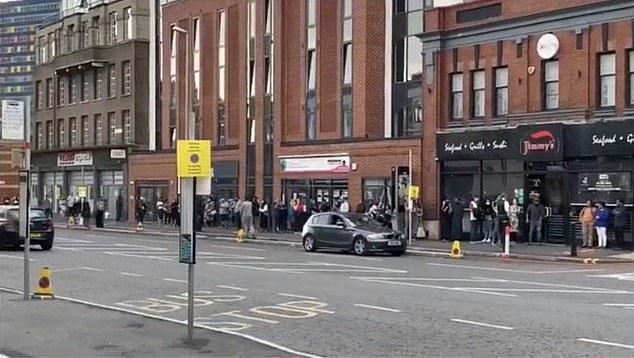 Concerned police in Leicester have been forced to use emergency powers to break up huge crowds eagerly waiting to take restaurants up on their offer. Pictured: People queuing for restaurants on London Road

Chancellor of the Exchequer Rishi Sunak said of the numbers released today: ‘Today’s figures show that Britain is eating out to help out – with at least 35 million meals served up in the first two weeks alone, that is equivalent to over half of the UK taking part and supporting local jobs in the hospitality sector.

‘To build back better we must protect as many jobs as possible, that is why I am urging all registered businesses to make the most of this by claiming back today – it’s free, simple and pays out within five working days.’

The order on London Road in Leicester – put in place from Monday – will be enforced by police and backed up by security stewards.

On its first night Leicester Police had to urge locals to stay away from the area, tweeting: ‘Please can the area of London Road (Leicester city centre) be avoided due to the large amount of people in the area that is causing the overcrowding.

‘In particular restaurants and takeaways unless you have a pre-booked time at a restaurant.

‘Thank you for your assistance.’

The council had previously asked people using the offer not to turn up for meals more than 10 minutes before their pre-booked slots.

The businesses must now ensure they put in place strict systems to manage queues safely and only admit customers who have booked in advance.

Owners who fail to follow the new legislation will face fines ranging from £100 to £3,200 for repeat offences, and as a last resort could also be issued with a prohibition notice, effectively closing them down.

Councillor Piara Singh Clair said: ‘Social distancing measures are in place nationally as a key part of the fight to reduce Covid-19 infections, but we’ve seen problems with uncontrolled queueing outside a number of restaurants in London Road.

‘We are bringing in an Outdoor Public Place Direction to prevent people from turning up at restaurants without having booked, and then gathering or queuing without social distancing outside these businesses.

‘We are working with food outlets to ensure they have correct procedures in place for people to enter and exit safely.

‘This includes proper queueing and booking systems, and informing customers not to arrive earlier than 10 minutes before their reservation.

‘We have already issued several restaurants with warning notices about their level of compliance with these measures, and while some improvements have been made, there is still work to be done.

‘Therefore issuing them with Individual Public Health Premises Directions  will ensure they make the changes needed to comply with the legislation, which is there to protect the health and welfare of their customers and staff members alike.’ 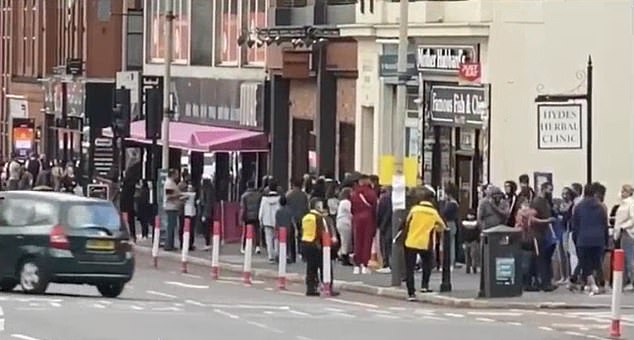 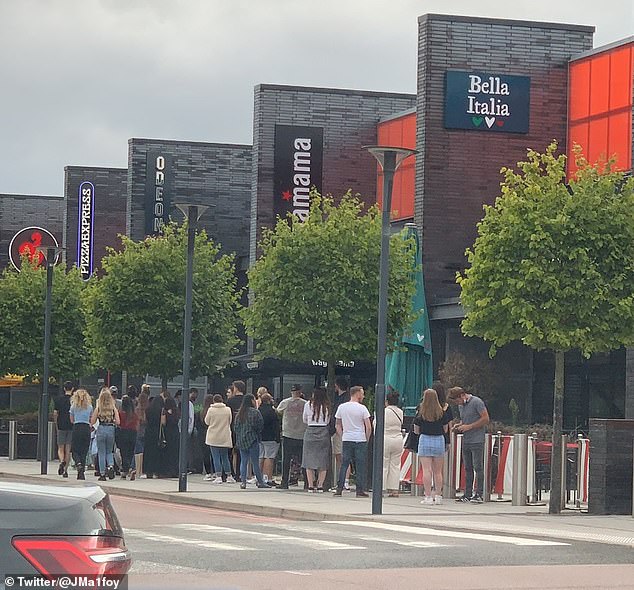 Some 10million people took advantage of the scheme between August 3 and August 9. Pictured: A queue for a restaurant during the scheme

The temporary regulations will run for the rest of August, during the Eat Out To Help Out Scheme.

In June, Leicester became the first UK city to have lockdown restrictions reimposed, following an alarming rise in Covid-19 infections.

Conditions have been eased since, but residents are still banned from meeting people from different households in their homes and gardens, and gyms and wedding ceremonies remain off limits.

Around 8 per cent of the country’s workforce, or 2.4 million people, work in the hospitality, accommodation and attractions sector, which was badly hit during lockdown.

About 80 per cent of hospitality firms stopped trading in April, and 1.4 workers from the sector were furloughed. 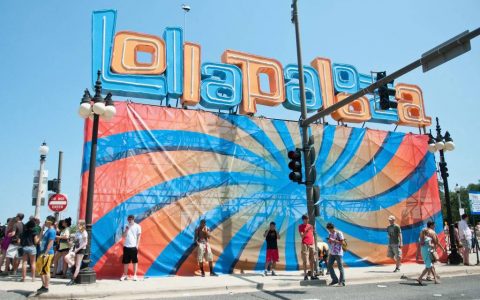 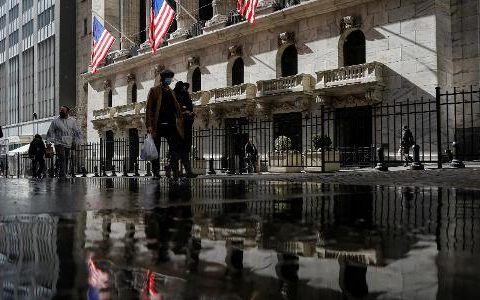 Wall Street veteran moves skeptically into the world of bitcoin