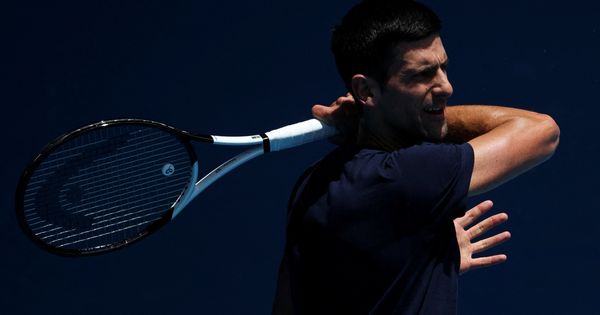 With the risk of losing the rankings lead at the end of the Masters 1000 in Rome, Serbian Novak Djokovic got off to a good start on clay in the Italian capital this Tuesday. The world No. 1 defeated Russian Aslan Karatsev by 2 sets to 0, with fractions of 6/3 and 6/2 in 1h30min.

The victory took the Serbian to the Round of 16 and continued their quest to secure themselves at the top. Djokovic needs to at least reach the semi-finals in Rome to not leave the No. 1 spot in the world. If he falls early, he will lose the lead to Russian Daniil Medvedev, who is recovering from injury.

For that, Djokovic got off to a good start to his mission this Tuesday. He fluctuated in the first set, regaining the rhythm of the game with each game. It also opened 2/0, but succumbed to the opponent’s reaction. In the end, he won with a good combination of blows and closed the opening set. In the second set, he started 4/0 with ease and managed to take advantage to win the match.

In the round of 16, his opponent would be out of a clash between fellow Serb Laslo Jerre, already champion of the Rio Open, and Swiss Stan Wawrinka.

Djokovic is also looking for his first title of the season in Rome. The year 2022 was a tumultuous one for the Serb as he refused to take the Covid-19 vaccine. Without vaccination, he was deported from Australia and barred from playing the first Grand Slam of the season. Nor could he enter the Indian Wells and Miami Masters 1000 courts in the United States.

This Tuesday’s round was also won by Britain’s Cameron Norie (seeded 9th) and Diego Schwartzman (12th) of Argentina in the first round. Nori overtook local Luca Nardi 6/4, while Argentine tennis player beat Serbian Miomir Kekmanovic 6/2, 3/6 and 7/6 (7/3).

Bulgarian Grigor Dimitrov, Argentine Sebastian Baez and American John Isner also advanced to the second round, who would be Spain’s Rafael Nadal’s first opponent. Already for the second round, Cristian Garin of Chile defeated Finnish Emil Rusuvuori with a double 6/4 and secured himself in the round of 16.

In the women’s section, American Jessica Pegula (13th) made her debut by defeating Russian Lyudmila Samsonova 4/6, 6/3 and 6/4. Latvian Jelena Ostapenko (11th) fell in the early stages when she was beaten 6/2 and 6/3 by American Lauren Davis.

If you notice any incorrect information in our content, click the button and let us know, so that we can fix it as soon as possible.