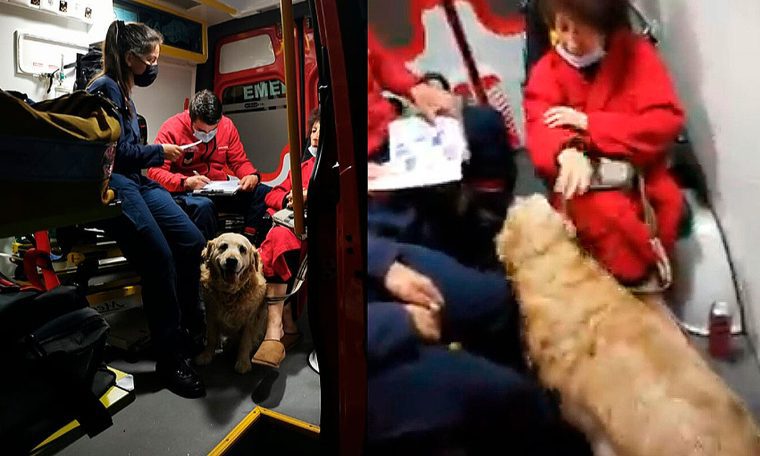 Pedro held a consultation in which the patient was an elderly woman. Despite the need for medical attention, the elderly woman was not alone, with a golden retriever refusing to leave her side.

In the record made by Pedro, the elderly woman is inside the ambulance, which is being examined and looked after by a team.

The rescue vehicle is parked with the door open and a golden one appears on the door warning everyone that its guardian is on site.

The dog then climbs into the vehicle and walks over to the owner, remaining next to the chair where she is sitting. None of the team members denied or bothered about the animal’s presence.

Dog loyalty shows how worthwhile and rewarding it is to have a pet, especially one with a very loyal and caring personality.

The publication received over 230 responses.

“The purest love”, commented another member of the group.

“There is no way not to love”, said Emanueli.

Also watch this video of our channel: