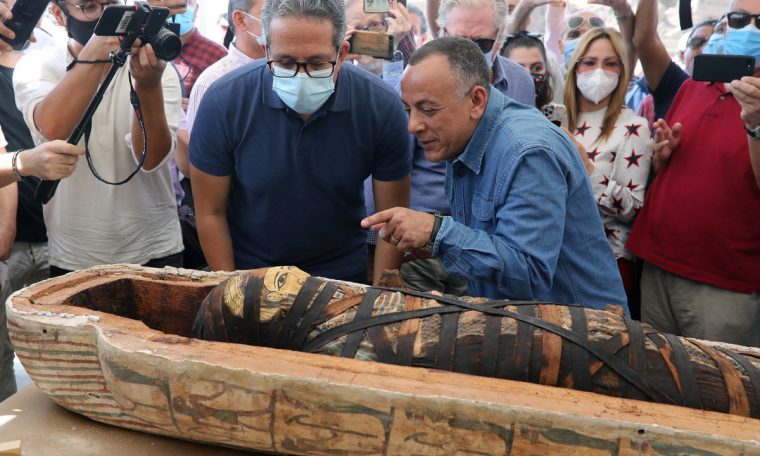 59 coffins belonging to Egyptian priests and clerks of the 26th dynasty were found in August south of Cairo. She was buried in three -30 to 40-foot rocks, along with 28 statues of the ancient Egyptian god Sekar, one of the most important entertainment goddesses. Reuters reported.

Mustafa al-Waziri, secretary-general of the Egyptian Supreme Council of Antiquities, said the coffins were perfect because of a secure seal that had protected them from chemical reactions for centuries. Studies show that the decorated coffins were made for the coronation, high officials and the upper class of the Pharaonic period (664-525 BC).

One was opened to reporters to expose the inside mom, The Associated Press reported.

Behind this discovery, the Egyptian Archaeological Mission began excavations in 2018. Early discoveries included a cache of bereaved animals and a well-dug tomb of a fifth-generation royal priest called “Vahti”.

The Sakkara Plateau contains at least 11 pyramids, including the Kadam Pyramid, the tombs of hundreds of ancient officials and other sites dating from the First Dynasty (2920 BC-2770 BC) to the Coptic Period (395). -642).

The mission hopes to open next year, and will continue to open the coffin and study its parts before their final performance at the Grand Egyptian Museum.