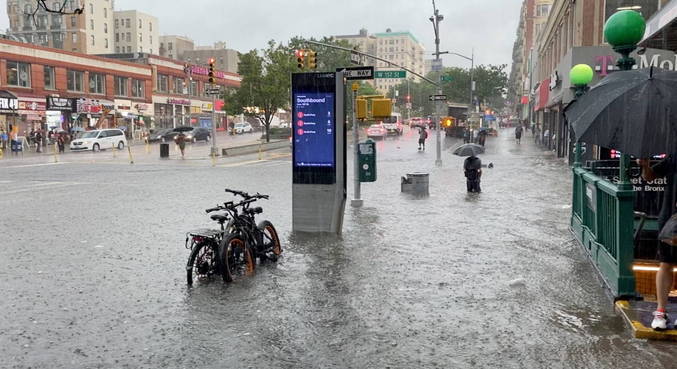 Several subway stations in New York were flooded on Thursday (8), and major roads were blocked, with the arrival of Hurricane Elsa at risk of new flooding this Friday (9).

The US weather service NWS reported that 50 to 100 mm of water fell during a series of storm surges in New York and its region on Thursday afternoon, adding that “there has been flooding in some places”.

Subway users posted videos of some of the flooded stations on Twitter. In one, people were seen in waist-deep water, trying to cross a dark pool to reach the platforms.

“Lines 1 and A have registered … stations have been flooded a lot,” admitted Sarah Feinberg, acting chief of the MTA, New York’s public transportation authority, at a Thursday night press conference.

Some axes, mainly in the Bronx, were temporarily closed, causing traffic problems while leaving work.

The NWS warned of possible new flooding as of this Friday morning, with the expected arrival of heavy rain driven by Hurricane Elsa in the northeastern United States. The storm has already passed through the Caribbean and Florida.