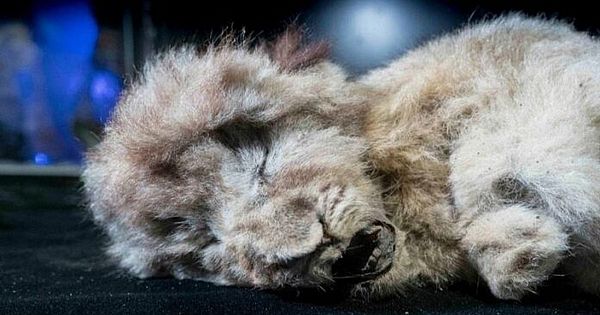 An incredibly well-preserved cave lion cub found in the frozen underground of Siberia lived 28,000 years ago and may even contain traces of breast milk, Russian scientists said.

According to a study published in the scientific journal Quaternary, a cub named Sparta was found on the banks of the Semulyakh River in Russia’s Yakutia region in 2018 and another cave lion cub named Boris was found.

The study says the pups were found 15 meters apart, but not only are they from different litters, they are born thousands of years apart – Boris lived about 43,448 years ago. Mammoth tusk collectors found two chicks of one to two months old. Two other cave lion cubs named Uyan and Dina have also been discovered in the area in recent years.

Cave lions have been extinct for thousands of years. Valery Plotnikov, one of the study’s authors, said that Sparta is so well preserved that it still has hair, internal organs and a skeleton.

“The discovery itself is unique, in Yakutia such a discovery has never happened.” “Maybe, hopefully, some disintegrating portion of breast milk [continuem intactas]. Because if we have that, we can understand what your mom’s diet was like.”