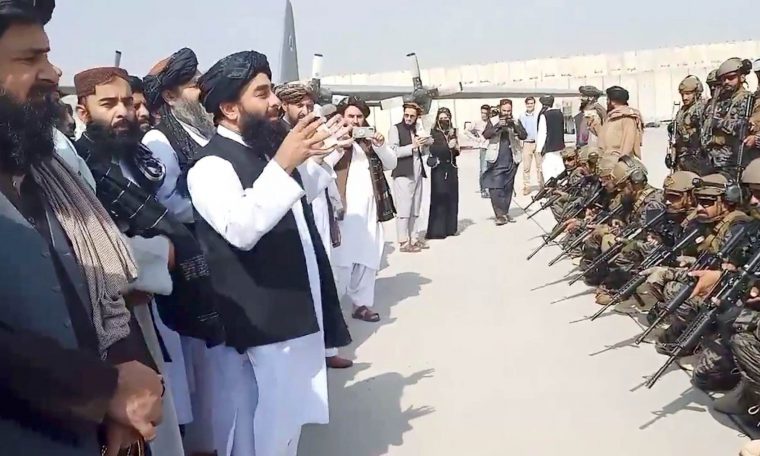 The Taliban government is pressuring some countries to release billions of dollars in foreign fund reserves related to Afghanistan.

Afghanistan has billions of dollars In assets with the US Federal Reserve and other central banks in Europe, but that money has been frozen since the Taliban returned to power and overthrew a government backed by Western countries.

A spokesman for the country’s finance ministry said the government would respect human rights, including women’s education, as it sought new funding in addition to humanitarian aid, which it offered only “a small relief”.

Under the first Taliban regime, from 1996 to 2001, women were largely excluded from paid employment and education and were usually required to cover their faces and be accompanied by a male relative when they left home. .

“The money belongs to the Afghan nation. Just give us your money,” ministry spokesman Ahmed Wali Huckmal told Reuters. “Withholding this money is immoral and against all international laws and values,” he said.

A member of the Afghan central bank asked European countries, including Germany, to release a part of their reserves to prevent an economic collapse in the country, which could trigger mass migration to Europe.

“The situation is extremely depressing and the amount of money is dwindling,” Shah Mahrabi, a board member of the Afghan Central Bank, told Reuters. “It is enough to keep Afghanistan till the end of the year.

“If Afghanistan doesn’t have access to this money, Europe will be hit more badly,” Mahrabi said. “People will be desperate. They will go to Europe, ”he said.

The call for help comes as Afghanistan faces a collapse in its fragile economy. The withdrawal of the US-led military and many international donors has left the country without the resources that finance three-quarters of public spending.

The local finance ministry said it has a daily tax collection of about $4.4 million.

The lack of response is due to the fact that Western powers do not officially recognize the Taliban government because of its anti-human rights positions.
Although Finance Ministry spokesman Ahmed Wali Haqmal said they would be respected, within the framework of Islamic law, they would not include the rights of homosexuals.

“LGBT rights, this is against our Sharia law,” he said.

Shah Mahrabi, a board member of the Afghan Central Bank, said that while the United States has said it will not release the $9 billion it has put into the fund, European countries can do so.

Mehrabhi said that Germany has half a billion dollars of Afghan money and that she and other European countries should release those funds.

According to the Afghan BC member, the country needs $150 million a month to “avoid an impending crisis”, while keeping the local currency and prices stable.

“If reserves remain stagnant, Afghan importers will not be able to pay for their shipments, banks will begin to collapse, food will run out and supermarkets will be empty,” Mahrabi said.

The Bank for International Settlements, a group that acts as a contributor to central banks around the world based in Switzerland, has approximately $660 million in Afghan funds.

All three declined to comment after a request from Reuters.