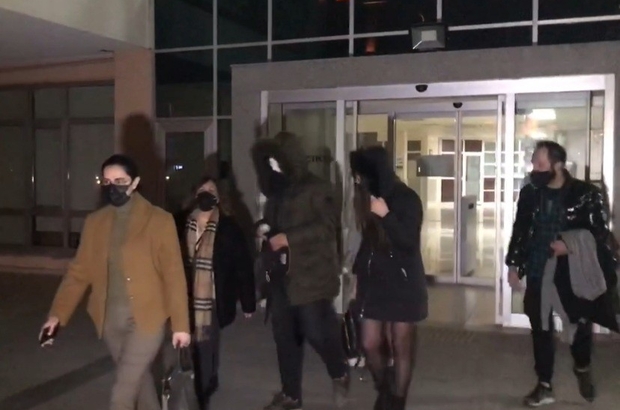 live in edirne greek police officer And his accomplice was arrested from the restricted area on Sunday night.

Speaking to ANT1, the couple’s translator said that they cannot return to Greece as Turkish authorities are still checking their phones.

“Once this process is complete, the report will be sent to the prosecutor and if nothing is found, they will be allowed to return to their country. We wish in about two days ”says the translator.

Noting that he was released on restricted terms on Monday, the Minister of Civil Defense, Takis Theodorikakos, noted yesterday that the issue would be resolved within 48 hours, pointing out that Turkey knows that No problem with two Greeks.

Her translator insists that the couple is now calm, although at first she was scared. “The kids say they wrote Kesani on the GPS, but he took them to the wrong place, ran into a dirt road and suddenly fell into a military blockade. They were then informed that he was in a restricted military area. At first they were scared, but when they found out that the process was formal, they calmed down. Now they go for a walk, they both go shopping, they stay in a very nice hotel, the kids are very nice. “Maybe if M had not been a police officer, they would have left him already,” concluded the translator.

The full testimony of a Greek policeman and his accomplice

Significantly, on Tuesday, Turkish media had put forward the complete testimony of the Greek police officer and his accomplice.

See also  "collective security": NATO activities in Eastern Europe do not serve to increase security there, and the degree of tension must be reduced

Greek police officers – who were off duty when arrested – blamed their presence in the restricted military area for their disorientation and insisted that the sole purpose of their visit was shopping.

According to Turkish Network haberler.com, In his testimony in court, the Greek policeman stated that he works as a traffic policeman in AT. Feron and said:

“On December 5th, at 14:00, my friend Athena and I entered Greece from Turkey through the Pazarkoule border gate for shopping and travel. The purpose of our arrival in Edirne was to travel and shop with my girlfriend. After reaching the centre, we sat for a while in a cafe and then my friend and I went to a mall to have dinner. “When it started getting dark, we left the mall.”

He claimed that he did not intentionally enter the military area but that the GPS led him there:

“As it was getting dark, we returned to Greece and after writing down the destination on my phone, we started. The place where I work and live is close to the border gate of Ipsala, we will leave there and Will write it on the GPS, We took the road to Kesani. We continued where the GPS was taking us. After a while it was completely dark and while we were walking on an unpaved road, Soldiers came in front of us who stopped us and asked for passports from me and my friend.”

According to him, “They pulled us out of the car and walking with me with a torch showed me a red mark telling me it was a prohibited military area.” Didn’t see the sign and because what they showed me was too far away, I don’t think we’ve entered the prohibited military zone because they stopped us before the signal.”

Regarding the photos and videos he took on that memory stick, the policeman said: I have a personal file with photos in my memory. It is material with personal material and on examination it will be seen that there is no erroneous evidence”.

For her part, the partner of the Greek police officer said that she worked as a secretary. According to him, they went to visit Edirne and have fun.

“The purpose of coming to Edirne with my friend was to walk and have fun, and there was no purpose. Because of wrong navigation we reached the border and we didn’t see any sign or sign until the soldiers stopped us . Also it was dark. “We didn’t intend to commit a crime.”