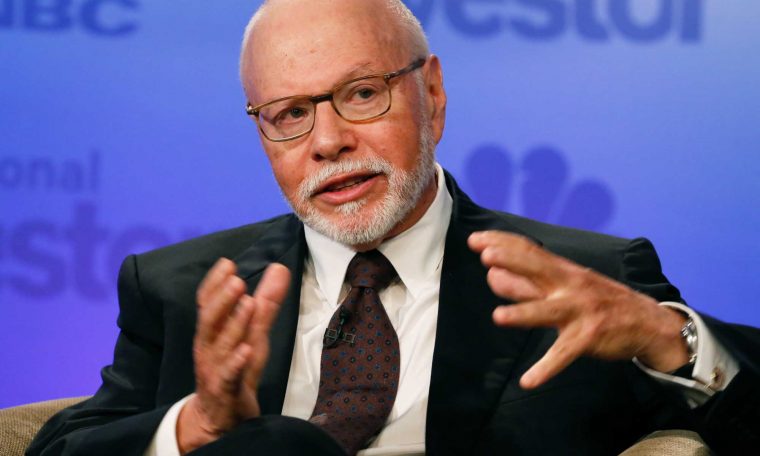 Until fairly recently, activist hedge fund Elliott Management’s core technology investing strategy was pretty straightforward: Target a smallish company known for selling software to businesses, agitate for a sale — sometimes by offering to buy the company — and profit when a buyer came along. Some of the targets were well-known within particular tech sector niches, like BMC, Novell and Informatica, but none were giants or household names.

Elliott, founded by billionaire Paul Singer, notched sale after sale, reaping gains from the associated premiums on the acquisitions.

Its track record gave Singer a reputation among CEOs and board members as the world’s most feared investor. Former AthenaHealth CEO Jonathan Bush, whose company was targeted by Elliott in 2017, described doing research on Elliott as ‘googling this thing on your arm and it says, ‘You’re going to die.'” The New Yorker called Singer a “doomsday investor,” highlighting a series of unflattering tactics taken by one of Singer’s top lieutenants, Jesse Cohn, to oust Bush from his role.

But in the past few years, a gradual but noticeable transformation has taken place at Elliott: The technology targets have gotten bigger.

The change was driven at least in part by Elliott’s growth. The fund’s assets under management this year are about $42 billion — doubling from 2012, including a $5 billion raise in 24 hours in 2017. The smaller transactions no longer move the needle like they once did.

Finding suitable software targets has also become more difficult as multiples have expanded, companies have consolidated, and management has become more sophisticated. Elliott continues to look at some midsize enterprise software companies, including Instructure, which sold to private equity firm Thoma Bravo in a deal that closed last month for about $2 billion, according to people familiar with the matter. But the firm hasn’t acted, believing targets to be fully valued.

The bigger targets have required the firm to adjust its tactics. Elliott has had to be more collaborative, working with companies that have no obvious buyers given their size.

Cohn, who has led most of Elliott’s technology transactions, now sits on the boards of both eBay and Twitter. Rather than agitating for public change, he has worked in tandem with management at both companies — a tactic used by activist fund ValueAct, which earned a reputation as being “friendly” after taking a stake at Microsoft in 2013, months before CEO Steve Ballmer stepped down. (ValueAct and Microsoft both denied that the firm played a part in ousting Ballmer, but the firm’s investment is credited with drawing new attention to the company’s stagnant stock price and strategic missteps under Ballmer’s tenure.)

As Elliott’s strategy shifted, it also got more sophisticated. When Elliott was investing in midsize enterprise software companies, the firm was “a bunch of technology investors,” according to people familiar with how the firm was run. Today, when examining companies like eBay or Twitter, the firm calls upon its own Internet analysts, software analysts, operation analysts, consultants and stable of installed board members to help make decisions.

A spokesman for Elliott declined to comment for this story.

Elliott’s investments are widespread and not limited to technology. Not every stake is activist in nature, which in Elliott’s case often means making public requests to find a buyer, replace a chief executive or sell assets.

In the past, Cohn has had a running dialogue with many of the world’s largest leveraged buyout firms to gauge their interest in particular companies, a practice that may seem like collusion but is legal. Private equity firms, including Thoma Bravo, Vista Equity Partners and Francisco Partners, flourished alongside of Cohn as cloud computing companies soared in value.

Still, most idea generation for investment came internally, as the firm screened for inexpensive companies that fit what private equity firms are looking for.

In 2010, Elliott offered $1 billion to buy software company Novell. A few months later, The Attachmate Group bought Novell for $2.2 billion, and Elliott’s stake soared. In 2012, Elliott bought an 8% stake in Compuware, followed by a bid to buy the company.  Compuware rejected the offer but was acquired by private equity firm Thoma Bravo in 2014.

Elliott’s 2013 target was BMC, eventually resulting to a $6.9 billion acquisition led by private equity firms Bain and Golden Gate Capital. 2014 was Riverbed, leading to a $3.6 billion buyout from Thoma Bravo.

After years of working with private equity firms and figuring out what traits made for a good sale target, Elliott decided to get into the private equity business itself. In 2015, Elliott launched its own fund, Evergreen Coast Capital, which became the company’s new tool, acquiring companies including Gigamon for $1.6 billion in 2017 and LogMeIn for $4.3 billion in 2019.

See also  Skywatch: A journey from the Red Planet

Meanwhile, existing private equity funds, such as KKR and TPG, witnessed Elliott’s success and have recently taken activist stakes in public companies instead of trying for total buyouts.

While people familiar with Elliott’s go-forward strategy say the firm hasn’t abandoned enterprise software, they acknowledge the fund’s focus has shifted to larger targets. They expect that to continue as long as assets under management remain the same or grow.

Elliott can’t use the same tactics with the world’s largest companies that it took with smaller targets. The fund isn’t going to find a buyer for AT&T — it’s simply too large.

But based on early evidence, Elliott is selecting large targets where it sees a lack of focus. Under CEO Randall Stephenson, AT&T made several disastrous acquisition decisions and veered away from its core wireless business to become a giant media company with its $110 billion acquisition of Time Warner. Elliott pounced, demanding divestitures and leadership changes. Stephenson responded by announcing his retirement, leading to a months-long executive search. WarnerMedia CEO John Stankey will take his place on July 1. The company is currently hunting for a buyer for Warner Bros. Interactive Entertainment, which makes video games, and could fetch around $4 billion for the deal, CNBC previously reported.

SoftBank also moved away from its original wireless business, both in the U.S. and Japan, to become a gigantic technology holding company. Along the way, it invested tens of billions of dollars in high-growth but unprofitable start-ups like Uber, WeWork, DoorDash, Slack and Didi Chuxing. WeWork’s implosion and the Covid-19 pandemic led to SoftBank’s worst quarterly earnings results in its nearly four-decade history in May. Elliott again pounced on the company’s lack of direction and use of capital, forcing billionaire founder Masayoshi Son to guarantee $4.8 billion would be allocated for share buybacks instead of further company investments.

Perhaps to avoid a messy conflict, eBay is simply taking Elliott’s advice. It agreed to divest Stubhub (Viagogo bought it for about $4 billion in November) and its classifieds business, a sale that’s expected to close in six to eight weeks, according to people familiar with the matter. Elliott has also said it believes there buyers for the remainder of eBay, but so far, the company hasn’t started a sale process for its marketplace business, according to people familiar with the matter.

The jury is still out on some of Elliott’s recent big swings.

See also  Record profits for "Apple" thanks to the iPhone .. A strong warning leads to a decline in the stock

When Elliott first took a stake in AT&T, Cohn said he had interviewed “hundreds of former executives, competitors and partners who have questioned AT&T’s leadership.” Elliott wanted to replace Stephenson, but the firm had also privately been highly critical of Stankey and blamed him, as much as anyone, for AT&T’s $49 billion acquisition of DirecTV in 2015. That deal looked bad almost immediately as millions of people began fleeing satellite TV for Internet streaming options such as Netflix and Google’s YouTube TV.

But when AT&T actually interviewed potential replacements for Stephenson, the company couldn’t find anyone with the right experience to run a large wireless company that’s also now a large media company. Stankey, who has been at AT&T since 1985 and became WarnerMedia’s CEO when AT&T closed its acquisition in 2018, was uniquely qualified among candidates, despite his checkered decision making with DirecTV.

Elliott came to realize it didn’t have a better idea and eventually backed AT&T’s decision to give Stankey a chance as Stephenson’s replacement.

At Twitter, Elliott called to replace Jack Dorsey as CEO, criticizing him for a lack of focus as he splits his time running both Twitter and Square. But just two weeks after Elliott sent its first letter to the company informing Twitter of its stake, Twitter and Elliott reached a settlement on March 9 with Dorsey remaining as CEO. While it’s unclear when exactly Elliott made its Twitter investment, shares haven’t risen from March 10 to Friday. The S&P 500 is up about 6% over the same period. Elliott maintains its stake in Twitter.

Whether Elliott’s future tactics are collaborative or combative, the fund’s role in society will remain a judgment call. Critics say activists like Elliott aren’t company builders, but instead push for divestitures and leadership upheaval with an extremely short-term focus that is unhelpful in driving innovation or long-term benefit. One investment banker who often gets hired by companies to fight off activists noted that if Elliott were around in the mid-1990s, it probably would have pushed to sell Apple to private equity, robbing the world of the advancements that came with Steve Jobs’ return in late 1996.

With Elliott moving to bigger targets, the bottom line is clear: No company is safe. But maybe the experience of being targeted won’t be quite so painful.