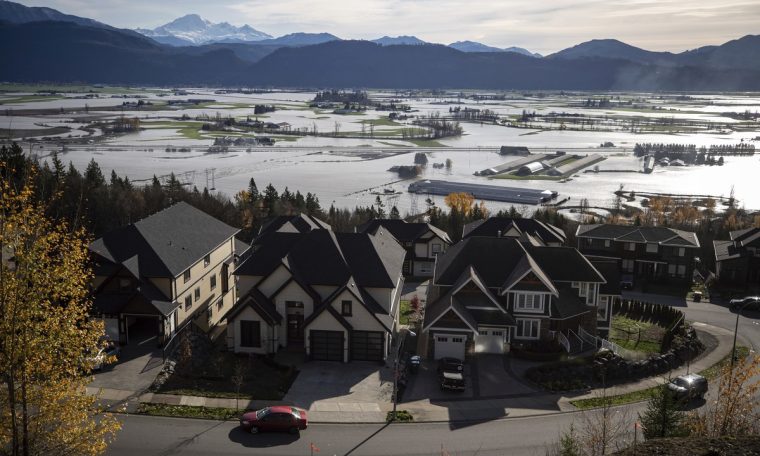 the government of Canada The military mobilized to help rescue a population engulfed by “historic floods” on the country’s west coast, near the Pacific Ocean, where heavy rains prompted officials to declare a state of emergency.

The rain killed one and left four missing, forcing thousands of residents to flee and isolating the port city of Vancouver in the province of British Columbia.

Canadian Prime Minister Justin Trudeau, who is in Washington for a meeting with Presidents of the United States, Joe Biden and Mexico’s President López Obrador, said the rain caused “historic and terrible flooding” across British Columbia .

“I can confirm that hundreds of members of the Canadian Armed Forces are going to British Columbia to help with everything,” Trudeau said.

Hurricanes wreak havoc in Canada, described by officials as “a once-in-a-century weather event”

The provincial prime minister, John Horgan, declared a state of emergency, banned displacement, and said the rain had “devastated entire communities”. “Sadly, we expect to confirm more deaths in the coming days”,

The body of a woman has so far been found in a landslide area near Lilleut, 250 km from Vancouver.

The British Columbia region received months of severe rain after a historic heat wave that killed 500 people and started fires.

“These events are increasing in frequency because of the effects of man-made climate change,” Horgan said.

The province’s prime minister also urged the population to calm down after many residents stocked up on supplies and ran out of products in many markets. “You don’t need 48 eggs. Twelve is enough, leave the rest to someone else.”

Hundreds of roads are closed, and Vancouver is cut off from the rest of Canada. Around 300 drivers who were stranded on the roads have already been rescued where the rain has stopped.

Railroads in the city, one of the country’s most important ports, were also blocked due to landslides.