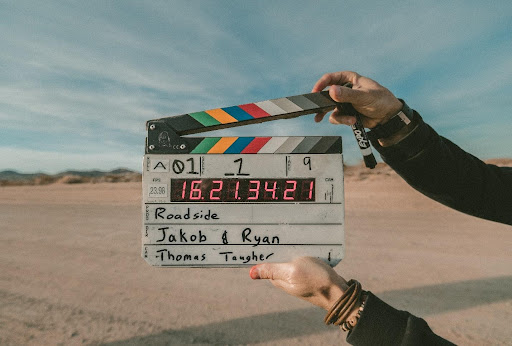 Things change, and now everyone from a middle school student to a granny from the neighboring house has the possibility of editing videos once they have their smartphones.

Changes Video Editing Has Gone Through Within a

Though the basics of the video editing process haven’t changed: we still trim, cut, and compose frames to get the final cut to be proud of, this art found development in new technologies being implemented and new approaches to video editing overall.

Over the last decade, it’s not only the video editing process that has changed, but the goals we set for videos have changed. Try to recollect your routine day ten years ago. Was it concentrated around your smartphone and social media? Probably not. The situation around the aim of using the video has changed dramatically. Ten years ago, people shot videos for their family archives, and only some created video content for their social media.

Now, we spend four to ten hours on our smartphones, broadcasting live, sharing videos on Instagram, IGTV, Facebook, YouTube, and a dozen other social networks that flourish due to the video content we all supply them with.

The quality of the video has changed a lot. What we considered awesome some ten years ago now looks unrealistic, plain, and even primitive. The resolutions of video are constantly increasing, offering better quality video. It was exactly ten years ago when Sony released their first 4K home theater projector, and now, we can watch movies at home enjoying the quality of video offered by the first laser projector with Dolby Vision. Still, the same as a decade ago, the most popular video resolution remains 1920×1080.

The development of video editing technologies is tightly interconnected with the development of hardware that can meet the requirements of the software. The better quality picture we want to get on our computers, the more advanced video cards should be used. One of the most expected releases of the upcoming 2022 is a new video card by Intel called Alchemist, which is believed to be super powerful.

Those who are engaged in video production and postproduction know that a decade ago, the use of artificial intelligence for video editing was something that sounded fantastic. However, years have passed, and now AI technologies feature more prominently in editing the footage.

One of the best examples of applying artificial intelligence in video editing is algorithmic editing. This technology allows saving time and minimizing the effort for cutting and composing the frames of the footage. This time-consuming job is now more often delegated to AI. The software follows the algorithm set by the editors to compose the frames from different cameras to create the picture they have in mind.

Professional-grade video editing software PowerDirector by Cyberlink extensively uses AI for speeding up the editing process. A lot of amateur video software for editing uses artificial intelligence technology to edit the footage with minimum effort on the side of an editor. One of the popular video editing software using AI is Magisto. It allows creating eye-capturing social videos within minutes. You only need to upload your footage to the program, choose the sound effects/music, and wait for the tool to turn this combination into a breathtaking video piece. This video editor is great for making edits in videos for your social media. To make your social media videos interesting and diverse, you can use some of these best vlog ideas.

The technology presented this spring makes it possible to edit videos in a completely new way. You change the video script by adding or deleting phrases. The software, in its turn, adapts the mimics and articulation to the new script. It can’t be distinguished visually. This is a revolutionary technology, which was unavailable to video editors of the past. As of now, it is not yet available to an average user of video editing software like VideoStudio Ultimate 2021, but not much time will pass before everyone will get access to such tools.

The color grading technology had one of the most pronounced effects on the movie industry. While at the dawn of this technology, coloring the movies was a novelty, now the film editors may endlessly tweak color scenarios of the scenes to get them into the right mood. A lot of quality video editing software features color grading, so everyone can work with colors regardless of whether you are working on a movie, advertising video, or a clip for your social media page.

Visual effects have been present in the movie-making industry for a lot more than ten years. Within this time, they added much to their quality and realism. To understand this, you only need to compare the VFX Oscar awards nominees in 2011 and 2021. Ten years ago, we could see the film “Hugo” as the best VFX, while this year, “Tenet” has taken the place of the best VFX used in a movie. The difference between the two is significant, so technology has definitely moved forward.

See also  Indian scientists have discovered a material that can repair mechanical damage on its own! 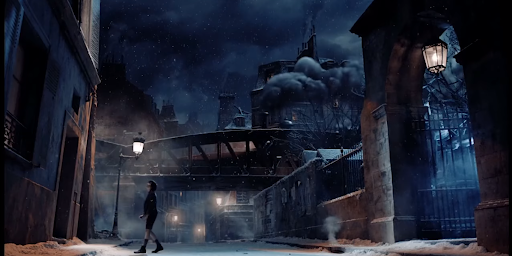 We also can’t but mention the film Irishman with its de-aging technology applied. The uniqueness of this VFX technology is that no motion-tracking devices were used for capturing the movie characters whose age and appearance changed throughout the movie. The film crew found a unique solution by creating a custom three-camera rig with a digital camera in the center and two infra-red cameras on both sides.

The development of video editing technologies is a never-ending process. Things that were considered revolutionary ten years ago are now regular. New technologies make the video editing process more automated and advanced. They allow us to enjoy looking-almost-real VFX effects in the movies and create eye-catching, stunning videos for our social media.