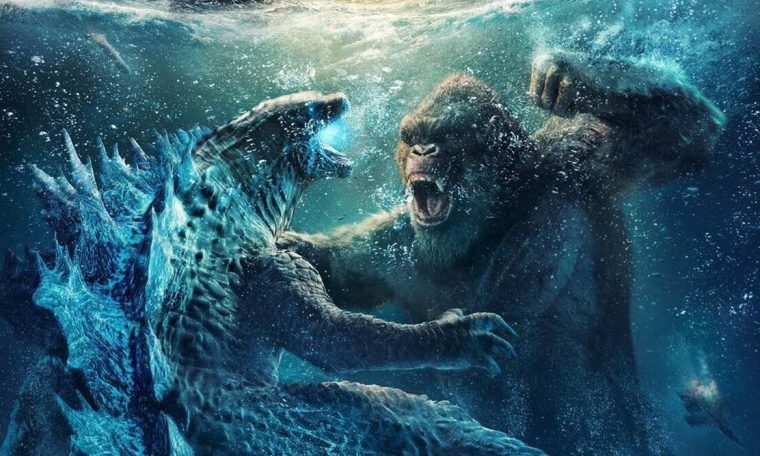 Even if you’ve never watched any King Kong or Godzilla movies, chances are you’ve heard of the legendary characters. This is because the creations have been represented so frequently and across so many different platforms, and they are always getting updated for new generations.

The reason why these characters have endured for so long is because of the epic scale they can give the entertainment offerings they appear in. People are fascinated at seeing these colossal beasts juxtaposed with well-known surroundings.

Countless Films and Series Over the Years

King Kong first hit screens in his self-titled film in 1933. The offering from Merian C. Cooper and Ernest B. Schoedsack was not only a smash hit at the time, but it has also gone down in history as the greatest horror film of all time on Rotten Tomatoes. Because of the popularity of that ground-breaking offering, numerous sequels such as Son of Kong were spawned in the years following its success. There have also been countless remakes as cinematic technology has progressed. New rebooted versions of the picture are constantly trying to outdo the titles that came before them.

The first-ever Godzilla film came to a couple of decades after King Kong. Godzilla in 1954 was directed by Ishirō Honda and its widespread acclaim in Japan led to an American version in 1956, entitled Godzilla, King of the Monsters. The multimedia franchise that it spawned has been recognized by the Guinness World Records as the longest-running film franchise of all time. There have been more than 36 films in the Japanese franchise and a multitude of remakes and reboots in the USA, and there are no signs that production of these movies will cease any time soon.

Branching out Across Other Media

One of the main components of the enduring achievements of King Kong and Godzilla has been their regular adaptations to the state-of-the-art technology of the time. This has increased in recent years as the gaming industry has blown up. The various offshoots of this multibillion-dollar sector have given the monsters more avenues upon which they can attract players and viewers.

If you explore any of the many branches of gaming, you’ll be able to find Godzilla and King Kong representation. For instance, there are titles like Godzilla Defense Force, Run Godzilla, and Godzilla Battle Line for mobile. These are accompanied by King Kong offerings that include King Kong: The Official Mobile Game of the Movie. Often, an indication of a franchise’s success is whether it has been adapted to slots. This is apparent with King Kong, which can be found among the hundreds of Vegas online slots in the UK. These include Giant King Kong from Tidy, King Kong from Playtech and King Kong Cash from Blueprint Gaming. Players can enjoy these for free or with real money, and the portal also provides playing guidelines and FAQs.

There are likely to be many other adaptations of these characters using future technology as well. Augmented and virtual reality could bring about new and innovative experiences, perhaps making users feel as though they’ve entered one of the films.

What’s Next for These Two Legendary Monsters?

Godzilla and King Kong were last seen in Adam Wingard’s Godzilla vs. Kong in 2021, the fourth film in Legendary Entertainment’s MonsterVerse. This began with Godzilla in 2014 and continued with Kong: Skull Island in 2017, and Godzilla: King of the Monsters in 2019. There was some speculation that the latest outing would be the last of the films in this series, but it was announced in 2022 that there will be another entry in the future.

The new installment will be directed by Wingard again and will feature Dan Stevens in the starring role. On top of the continuation of the film franchise, the classic monsters will also be represented in numerous series. Apple TV+ recently ordered a live-action series centering on Godzilla, and there is a strong chance that the streaming service may follow this up with other titles. This will allow MonsterVerse to expand in new ways and will help these fearsome behemoths stay front and center in popular culture.

Godzilla and King Kong have managed to stay at the forefront of mainstream entertainment thanks to their constant representation in films and games. As technology improves further, people will be given new ways to enjoy these iconic titans.