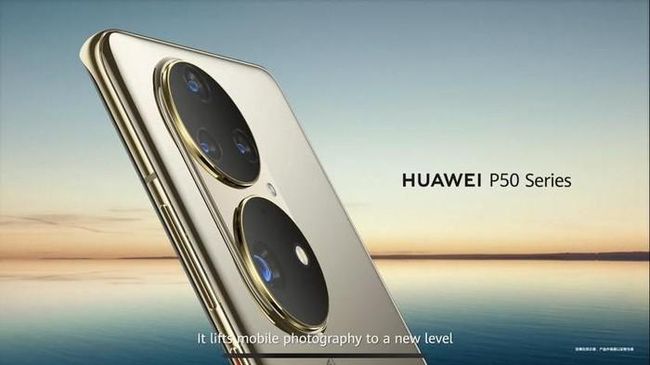 Jakarta, CNBC Indonesia Huawei has finally released two products of the P50 series. Unfortunately the company does not include 5G in its latest cellphones, instead the series uses Qualcomm’s 4G chipset.

This is a sign that the US government’s trade sanctions are having an impact on companies. Last year the US imposed sanctions for foreign manufacturers using US technology to obtain a license to sell semiconductors to Huawei.

On the other hand, Richard Yu, CEO of Huawei’s consumer business group, warned that the company may run out of high-end Kirin chips, which are manufactured by Taiwanese company TSMC.

Huawei and several smartphone makers are finally feeling the effects of a worldwide shortage of semiconductors. The supply of chips has started dwindling as factories are closed due to Covid-19 and demand is increasing due to electronics. While Huawei highlighted the lack of US sanctions.

“Our product still maintains its best performance. Only a small speed drop will be experienced, it is almost negligible,” said Richard Yu, quoted by CNBC International, Friday (30/7/2021).

“Huawei is a leader in global 5G technology and communications technology. Due to four rounds of restrictions in two years, 5G phones are out of our reach and they must use 4G,” he said.

Furthermore, the P50 and P50 Pro come with the latest operating system from the Chinese tech giant Harmony OS. This is in response to Google’s decision to stop licensing Android software to the company due to trade restrictions in the US.

Richard Yu said 40 million Huawei users have upgraded to HarmonyOS 2. Starting next year, Huari will be able to upgrade to any model on its operating system.

The P50 series has a rear camera module placed in two large circles. The P50 and P50 Pro have a 50 MP main lens.

While the Pro model has an additional 64MP telephoto lens with 3.5x optical zoom. The company says that the lens can zoom up to 200 times for users.