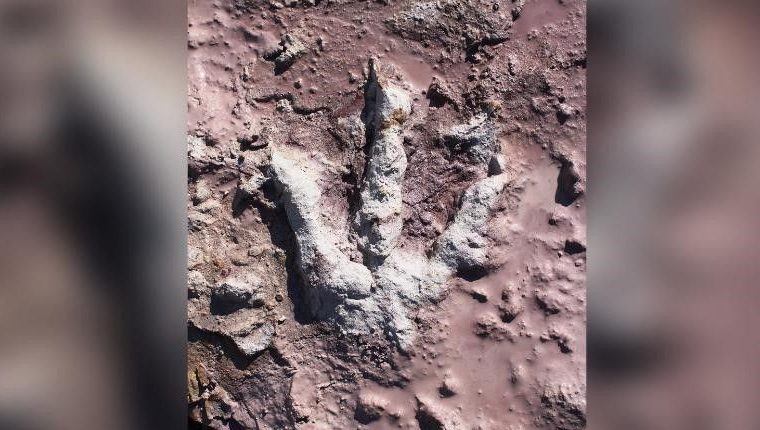 hundreds of footprints dinosaur, so well preserved that even scaly skin can be seen, were found in Poland, providing insight into a complex ecosystem dating back to about 200 million years ago, geologists said.

Described as treasures by the Polish Geological Institute of the National Research Institute, the fossil tracks and bones were found in an open-pit mud mine in Borkowice, 130 kilometers south of Warsaw.

“In the tracks left by dinosaurs, you can read their behavior and habits … We have tracks for dinosaurs to run, swim, rest and sit,” said geologist Grzegorz Niedzwiedzki.

The footprints of the largest carnivorous dinosaurs are 40 cm long and in many cases, the skin can be seen in detail.

“For such a state of conservation to be possible, a very particular sequence of events must have occurred over a short period of time,” geologist Grzegorz Pienkowski said in a statement.

Several hundred dinosaur footprints representing at least seven species have been found, and geologists say they will find more. They also found bone fragments of animals and fish.