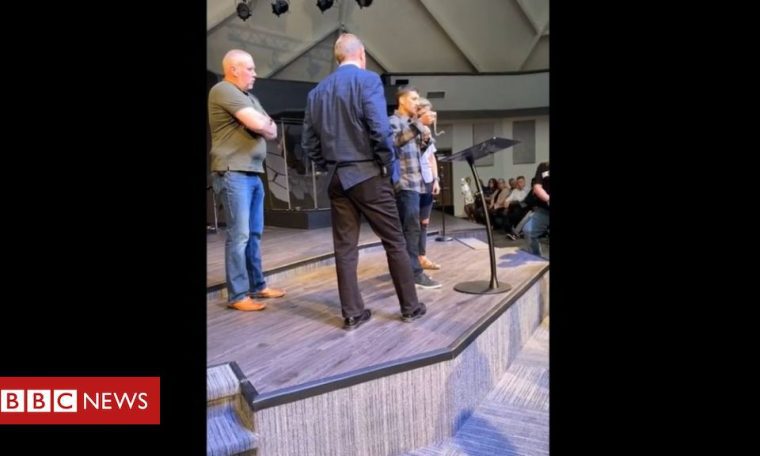 At the end of a service in the US city of Warsaw, Indiana last Sunday (22/05), Reverend John Lowe II said he had a confession to make: “I committed adultery”.

The pastor at New Life Christian Church and World Outreach Congregation, who has been married for 45 years, said he had “sinned” a case that lasted “too long”, which happened “20 years ago”. He announced that he was stepping down from his duties.

At the end of his speech, Lowe, 65, was applauded by his followers after confessing his infidelity.

Shortly after, a woman, who was not identified, came on stage and said that she wanted to tell her own version of the story.

This happened not “20 years ago” but “27 years ago”, he said. She also revealed that she was 16 when the incident happened.

He said, “I was 16 when you took my virginity on your office floor. Do you remember that? I know I do.”

14 minute video posted on facebook The words of the pastor and the victim are shown by a person present at the Sunday meeting.

The woman said, “You did what you should never have done to my teenage body.”

She said the relationship lasted nine years and that she was in a “prison of lies and shame”.

He said those in the congregation knew what had happened but were “too afraid to take action.”

“This church was built on lies, but no more.”

When the woman finishes her speech and leaves, a part of the congregation turns to the pastor and circles around to begin the prayer.

However, other patrons were religious about the report that he began an affair with a 16-year-old girl – something they confirmed, although he always used the word “adultery” to describe what had happened.

The age of consent in the state of Indiana is 16 years.

The church said its leaders confronted Lowe after she was told by a woman about a “long-kept secret” of which they had no prior knowledge.

A note issued by New Life Christian Church & World Outreach reads, “It is in our prayers and commitments that we love, support, encourage and help him in the healing process in any way we can.”

According to local TV, the county prosecutor is investigating the revelations.