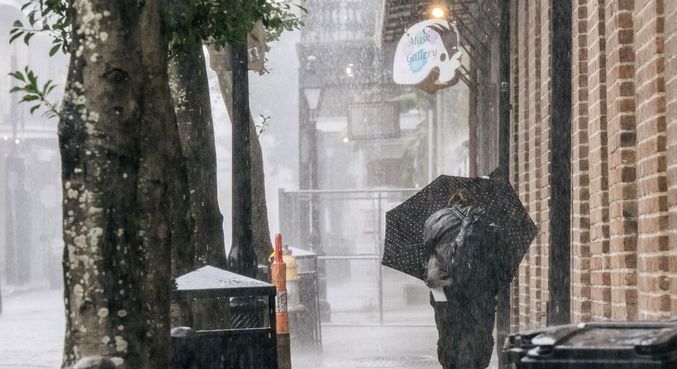 Hurricane Ida hit the United States this Sunday as an extremely dangerous Category 4 hurricane that could leave much of the Louisiana coast underwater as the state battles a Covid-19 spike that is already in hospitals. causing tension.

As the National Hurricane Center reports, Ida gained strength overnight, faster than meteorologists had predicted the day before, and struck the port near Port Fourchon at 11:55 a.m. local time.

It will be the toughest test for the hundreds of miles of new levies built around New Orleans after Hurricane Katrina hit the coast 16 years ago, flooded historically black neighborhoods and killed more than 1,800 people.

Louisiana Governor John Bel Edwards said the state may be one of the worst hit by hurricanes since the 1850s.

Louisiana is also dealing with the third highest rate of new COVID-19 infections in the country, with nearly 3,400 new cases reported as of Friday (27). Hospitals were treating about 2,450 patients, Edwards said, with others in the state almost full.

NHC said that on Sunday, Ida was a Category 4 hurricane on the five-stage Saffir-Simpson scale, with winds of 150 mph (240 kph).

Palm trees were swept away by rain in New Orleans on Sunday morning, where retired Robert Ruffin, 68, fled with his family to a hotel east of the city.

“I thought it was safe,” he said. “This time due to Kovid there is a double problem.”