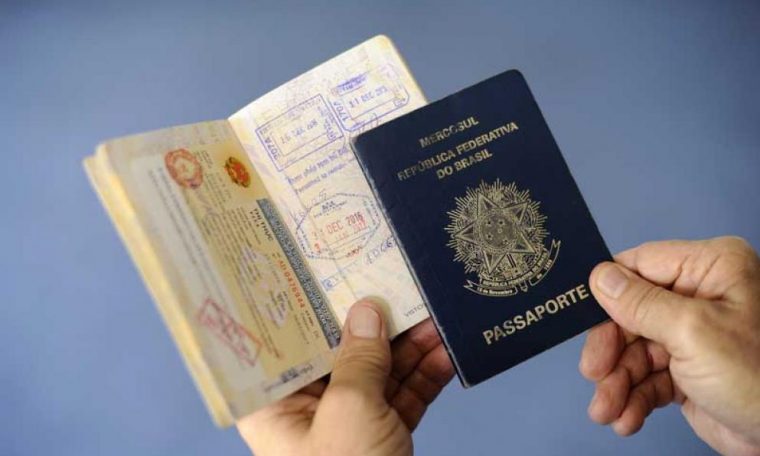 With the rise of illegal immigration on the US border…

With the increase in illegal immigration at the US border, reports by US agencies suggest that the number of Brazilians has increased. But the problem is not just about entering the country illegally through the border. According to officials, a large number of people from Brazil have presented false passports.

Consular agent Roberto Assis confirmed the condemnation. In an interview to the Brazilian Times, he said that he helps Brazilians every day in this situation. “They come to me requesting a document, but when I file a process, I find there’s no way to do so, because their names are in the federal police’s system for requesting duplicates.” are not included”, he explained.

He said the federal police has started a campaign in Brazil to tackle the type of crime that has become common this year. A gang in Bahia was dismantled and cell phones, documents, bank cards and other items were confiscated.

The first problem, according to the dispatcher, is when a Brazilian is arrested. If discovered with false documents, he would have great difficulty obtaining the original passport, as he would have to hire a lawyer to request authorization from the federal police. “They will also have the option of requesting an emergency travel document at the consulate,” he added.

But anyone who manages to enter the country will also have problems, as they will be moving around the United States with false documents and, if stopped by the police, could be arrested if discovered. “Even if he tries to get a genuine document, he won’t be able to,” he says.

After being contacted by some Brazilians who entered the US in this way, Roberto said he always decided to contact the federal police before starting any process. “It’s wasting time trying to copy a document that wasn’t even released,” he said, who warned Brazilians to avoid this type of illegal activity.

Although in the US most cases of Brazilians caught with false passports are not prosecuted in Brazil for using the document in a foreign land, there is a possibility that the person will be convicted. According to the Penal Code, Articles 307 and 308 describe the offenses of false identity. The offense described in Article 308 involves using it as if it were another person’s own identity document, such as a passport, voter registration card and others, and the punishment is 4 months of detention and 2 years of imprisonment.

This may happen, if justice takes into account that the person used the document to leave Brazil, still configuring the use of a passport in Brazilian territory.