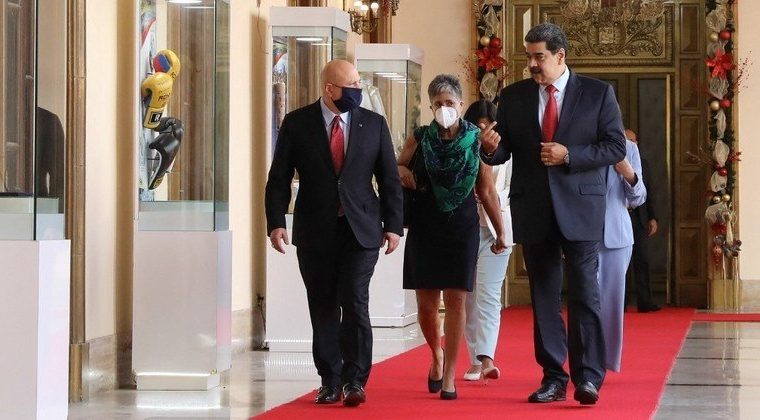 ICC (International Criminal Court) will start a formal investigation against them Venezuela Prosecutor Karim Khan said this Wednesday (3) in a meeting with President Nicolas Maduro in Caracas, for possible crimes against humanity during the suppression of anti-government protests in 2017.

The court opened a preliminary review in 2018, at which Khan would have to decide whether to move on to the next step. “I ask everyone, as we enter this new phase, to give my office a place to do its work,” remarked the prosecutor.

Maduro said, “After this assessment and this debate, the prosecutor decided to go to the next stage to seek the truth. We as a state respect his decision, even though he was told that we would share it.” don’t.”

The two signed a cooperation agreement for this next step at the Miraflores Palace, the seat of the Venezuelan Presidency.

Khan, who Arrived in Venezuela on Sunday (31) on a three-day visit, Maduro, thanked him for “constructive dialogue” in meetings with Vice President Delcy Rodriguez, Attorney General Tarek William Saab and Supreme Court representatives.

“I am fully aware of the political divide that exists in Venezuela. We are not politicians, we are guided by the principle of legitimacy and the rule of law,” the ICC prosecutor insisted.

Khan’s predecessor Fatou Bensouda said there was a “reasonable basis” to believe that crimes against humanity were committed in the southern country, after the international court based in The Hague, Netherlands, launched a preliminary investigation in 2018.

“We are clear and direct in saying that the so-called preliminary analysis phase did not allow the State of Venezuela access to the documentation and material that was being evaluated. As I told respected lawyer Karim Khan, we are blind at this stage. were,” criticized Maduro.

Khan, who returned to Venezuela on an undetermined date, also said he had met with “national and international organizations” before and during the trip. During the days the prosecutor was in Venezuela, relatives of victims of alleged human rights violations asked to “listen in” to small street protests.

On Wednesday, about 20 people protested outside the headquarters of Venezuela’s intelligence service Sabin, where opponents are being held.