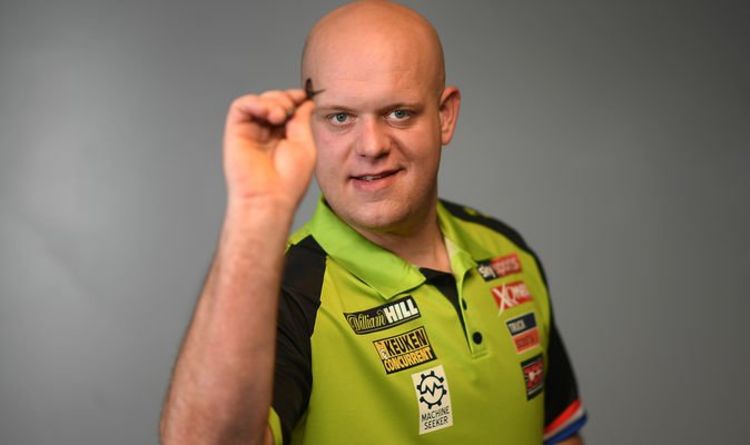 Former World number one Michael van Gerwen ended his wait for a major title with the PDC when he lifted the trophy in the Nordic Masters in Copenhagen. The three-time world champion will now be looking to end the season strongly with the world championship not far away.

Mighty Mike defeated Darius Labanauskas, Madars Razma, Jonny Clayton and Fallon Sherrock to prevail in the World Series of Darts event. The Dutchman showed a lot of emotion at the end of the tournament.

Van Gerwen has not been as dominant over the last two years as he was in the early stages of his career. Between 2015 and 2019, he won 19 televised ranking events, one of the most impressive stretches of form in the history of the PDC.

The end to this season is going to be very important for the 32-year-old. There are some major events before the world championship. He will feature in the World Grand Prix, European Championship, Grand Slam of Darts and Players Championship Finals, events he has previously done very well in.

Van Gerwen has darts odds of +450 for the 2022 PDC World Darts Championship. Those odds will fall if he carries his victory from the Nordic Masters into those majors. The bookmakers see him as the man to beat as he tops the betting for the biggest tournament of the Year.

It has been three years now since van Gerwen lifted the world title at the Alexandra Palace in London. He defeated Michael Smith 7-3 in the 2019 event and many expected him to continue to dominate the tournament following that victory.

Mighty Mike did reach the final in 2020 but he lost out to Peter Wright 3-7. That was the second time the Dutchman had finished runner-up as he was also defeated in the final in 2013, losing to Phil Taylor.

Van Gerwen failed to make the semi-final for the first time since 2016 when he lost in the last eight in 2021. Dave Chisnall beat him 0-5 in a one-sided contest.

Price and Wright Expected to Be Strong Title Challengers

The two biggest challengers to van Gerwen’s world title bid this season, according to the betting and world rankings, are Wright and Gerwyn Price. The latter is the defending champion as he won the tournament for the first time back in January, beating Gary Anderson 7-3 in the final.

Price has not won another major since his success at the Alexandra Palace, but he has consistently reached the latter stages of the big tournaments. He lost in the semi-final of the UK Open, The Masters and World Cup of Darts.

Wright was victorious in the World Matchplay in Blackpool, becoming only the fifth player in PDC history to win that event and the world championship. Snakebite was stunned in the third round at the Alexandra Palace in 2021 when he lost to Gabriel Clemens 3-4. He will be hoping for a much better appearance this time.

The 2022 PDC World Darts Championship begins on the 15th December and it will be the 29th edition of the tournament that the likes of van Gerwen, Price and Wright will all be desperate to win.